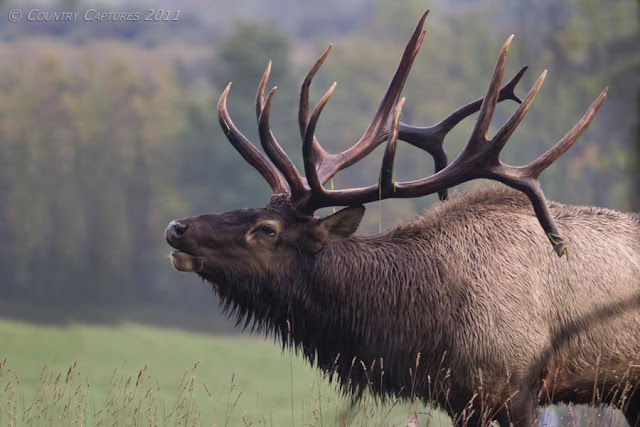 When the morning's light begins to seep across the Pennsylvania elk range the eleventh annual elk harvest will begin. 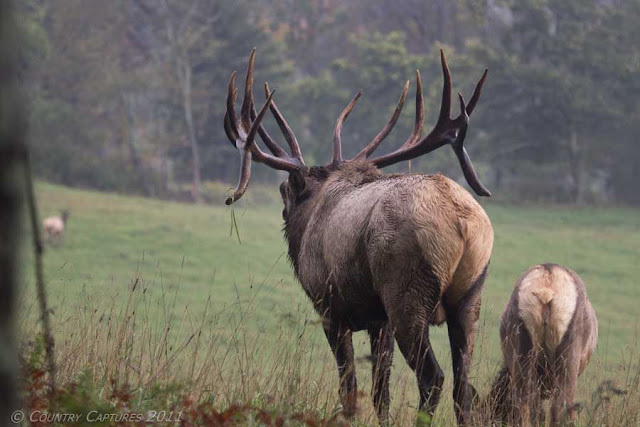 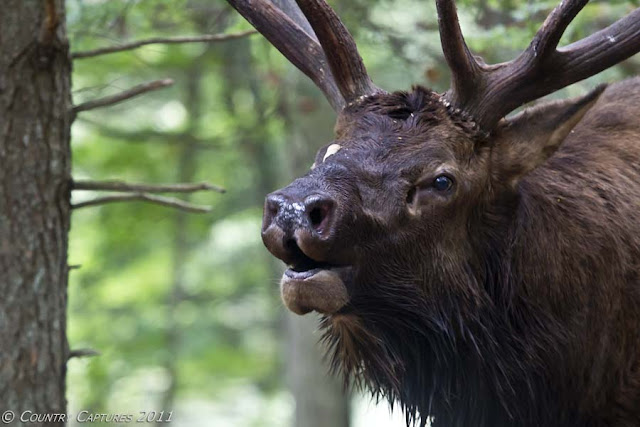 As these trusting animals go through their day tommorrow it will seem much like any other day.  When a group of people approach they will hear what they may think is another click of the shutter; instead it will be the metalic snick of a rifle's safety being released.

While photographing the rut with a visiting west coast photographer he mentioned that he had photographed elk all over the western United States and Canada and that this was the best that he had ever seen.  When the subject of the elk season was brought up he could scarecly believe that the same animals we had been moving freely among would be targeted to be killed for trophies.  With an incredulous look he asked "Why?"

Why indeed!  But no matter; in the morning the killing will begin.

We don't even want to think about it. The herd needs to be managed and maybe allocations of permits isn't the worst thing that could happen. I'm absolutely not anti hunting but the animals deserve a fair shake and the hunt should be just that, a hunt. Perhaps there are those that really had to work hard for their trophy and did it in a sporting manner. On the other hand most of the kills are a slaughter, plain and simple. These hunters, and I will use that term loosely will brag about scouting, stalking and harvesting their trophy bull and claim that it wasn't like shooting cattle in a fence. I say when you have a rate of kill on bulls hanging around 95% since the lottery began, the numbers speak the truth. It's a slaughter and not a hunt.

It is so sad that to know that these loving animals will not be alive tomorrow, very sad indeed.

Very sad. They are so beautiful, and trusting....

Luckily here in Nashville Tn we have Radnor Lake State Natural area. It has wonderful trails and one can see numerous wildlife and the good thing is none of them can be hunted while they are in the safe zone of Radnor. I have no issue with hunting as long as it is a hunt and anything that has been hunted is then used for food and not just sport.

We all hate the idea of these animals being killed - especially the magnificent old bulls. However, due to the ever declining habit, if the wildlife agencies did not allow the herds to be culled disease and famine would end up killing far more that the hunters harvest each year.

It saddens me to see these animals that are acclimated to humans being hunted. But I have seen animals sicken by parasites, disease, and starvation and it seems to me a far worse fate for these animals.