Scenes from the Rut 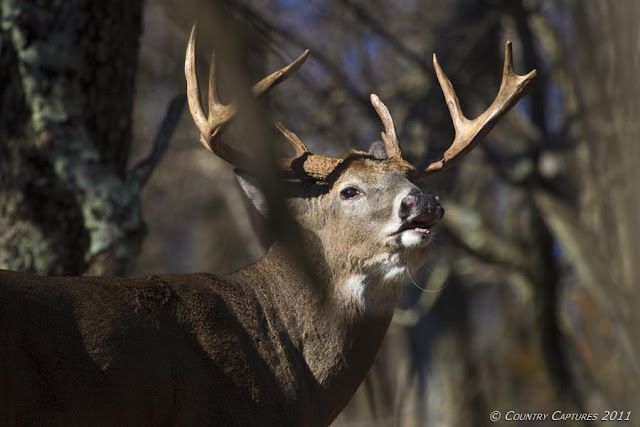 The Whitetail Rut has kicked into high-gear since the unusually early snow and colder temperatures over the weekend.  Normally I would not expect to see rutting activity hit this level until around November eighth in our area. 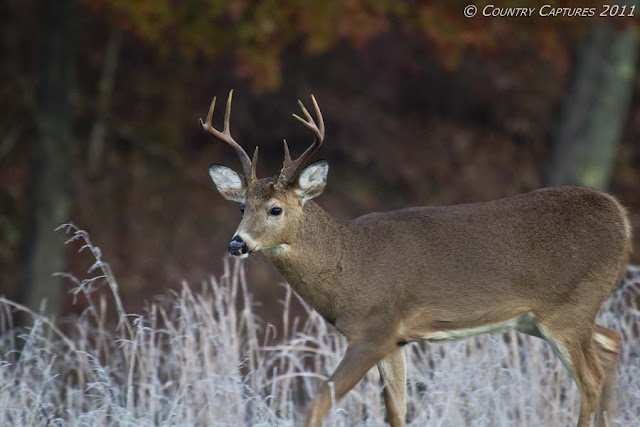 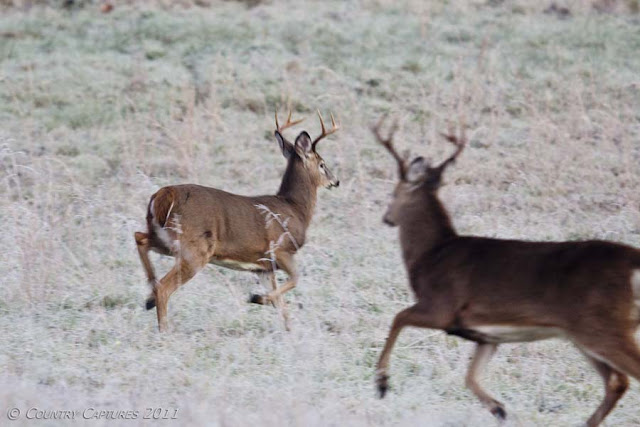 When a contender attempted to cut in on his doe the eight-point left him know who is boss.  This time a bluff was all that was required.

And the little fellow with just buttons seems confused by his mother now ignoring him as she garners the adult bucks undivided attention.

For the whitetail deer enthusiast, whether they are a hunter, photographer, or both, there is no time of year that can match the rut.  Winter is a quiet time in which the deer focus upon survival.  Spring a time of plenty when antlers begin to grow and coats change.  Late in the spring the new fawns arrive providing an added attraction as we watch them nurse and grow into miniature editions of their mothers as summer fades into autumn.  And then finally the moment arrives; the breeding season, The Whitetail Rut.

A time when normally secretive bucks drop their guard as they pursue does.  A time when through bluff or battle the natural selection of the fittest plays out as bucks feel that irresistible urge to pass on their genetics to the next generation.

And you get some fantastic photos of the action!

Great shots, Coy! I love this time of year, especially for deer hunting.