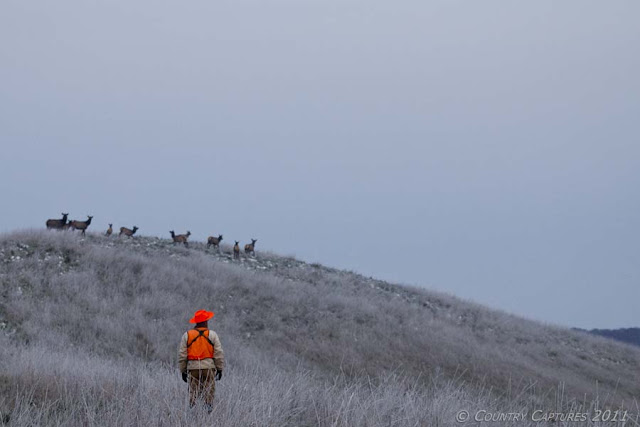 Upon approaching the party at the downed bull we learned that two elk had been harvested.  The guide was with two clients; one with a bull tag and the other holding a cow tag.  Both had successfully harvested their animals.

While talking with them; elk continued to mill about the area.  Here another guide is seen watching a small group of cows and calves on the summit. 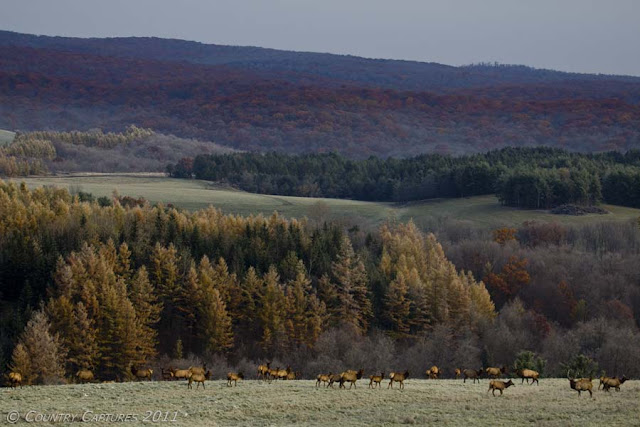 As the morning progressed a number of elk assembled on the ridge top and nervously returned to feeding. 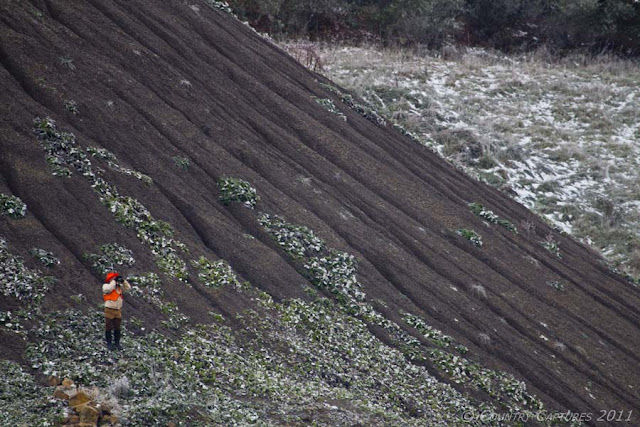 Elk guide glasses elk in the saddle from the tailing pile 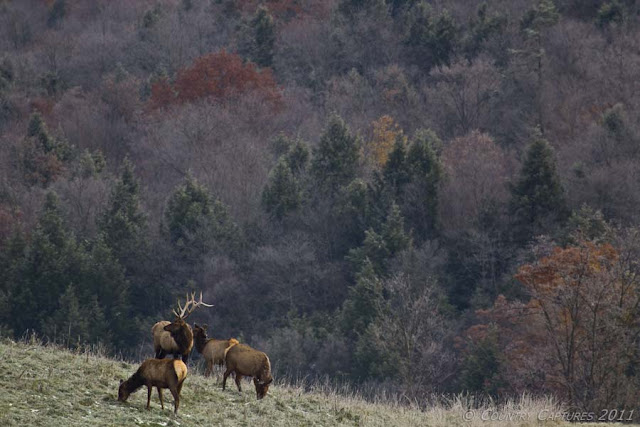 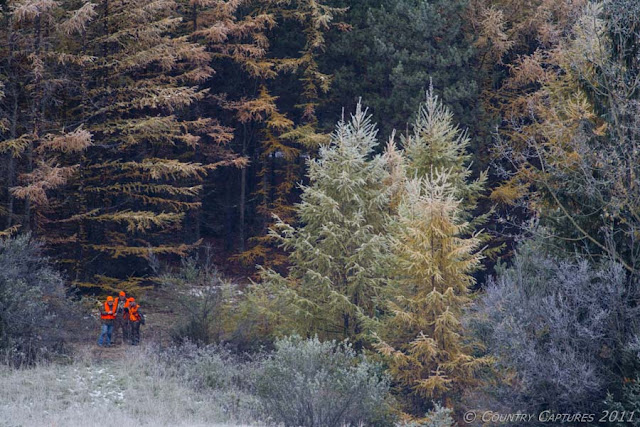 Soon more guides and a client appeared along the wood line checking out the elk feeding on the summit.

After watching the elk for a few minutes; they then began their stalk which took them back inside the woods as they circled the elk to approach to within shooting distance. 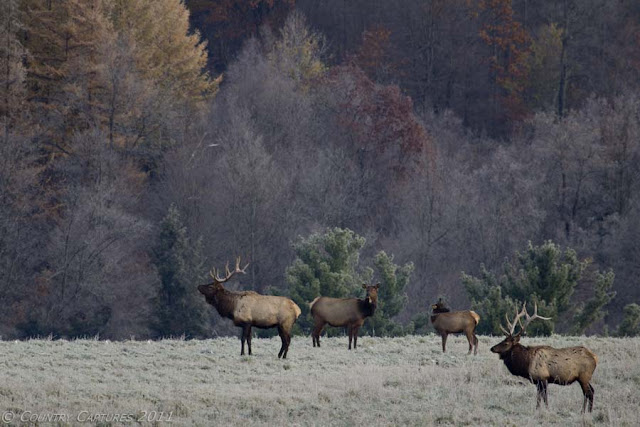 Although we could no longer see the party the elk watched their progress. 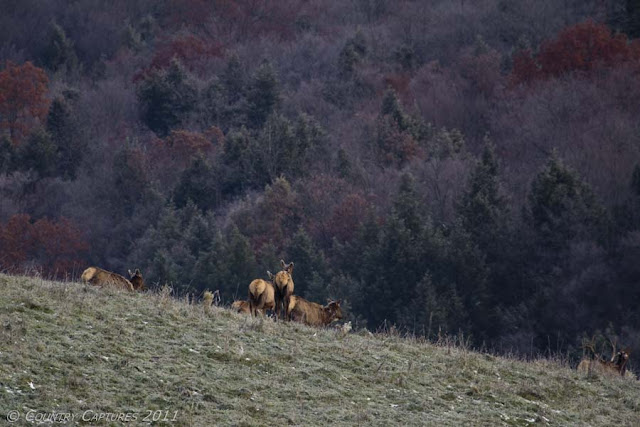 Hearing a single shot we watched as the elk nervously gathered together and finally after one hour and fifty minues had passed since the first shots were fired, after three of their number were taken, finally they headed for cover; some walking, others trotting, none running full out. 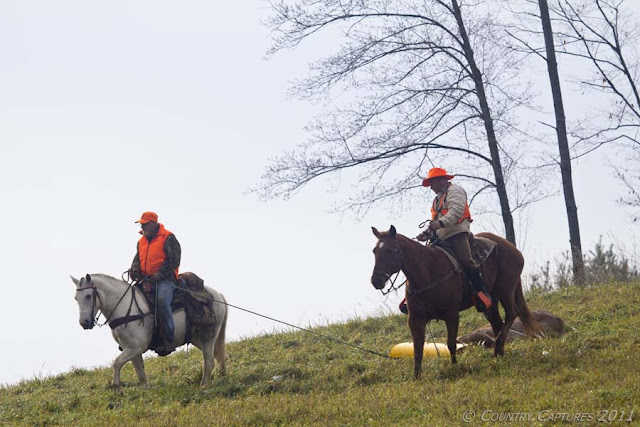 Later we circled the hill and observed the party taking a cow elk out with the aid of horses.

Let me make my position clear.  I am not anti-hunting.  I was raised in a hunting family and have hunted for most of my life.  That I prefer to do most of my hunting with the camera today is a personal choice.  Hunting is a time honored tradition and is a means for people to add healthy wild meat to their families menus, spend quality time afield, while aiding wildlife management agencies in keeping wildlife populations in check.  Hunting is also a huge industry supporting retail, equipment and clothing manufacturing, and travel related jobs.

The Pennsylvania elk herd as a whole is doing well as it is managed currently however; to conduct a trophy hunt in the Winslow Hill area where the elk are completely accepting of humans and to continue the negative impact harvesting the mature bulls has on the viewing experience escapes me.  I fully understand and accept that the elk population must be controlled, something that can be accomplished in the Winslow Hill area by culling the required number of elk from the cows and if necessary the small antlered bulls.  But instead the large bulls, the same animals that draw the tourist and their dollars to the area, are targeted in a "trophy" hunt.  A "hunt" where the bull will simply watch as the party walks up and takes care of business.

Allow me to also state that all persons we encountered during this day of the harvest were polite and courteous.  The three animals were harvested in a quick, humane, and as far as we could tell lawful manner.  It is not the people involved in the harvest that is the problem, but rather it is the policy that has created this harvest of Trusting Trophies.

i appreciate you presenting the full story to this herd, its maintenance, and its purpose. i came from a hunting family, too, but i agree this does not seem at all sporting since the animals are so conditioned to being approached and have no fear of humans until it is too late.

Nice post. I too grew up in a hunting family. My two nephews run "Milk River Outfitters" here. But I can't stand seeing your majestic Elk get shot down when they have no fear of humans. Very sad, and not fair.