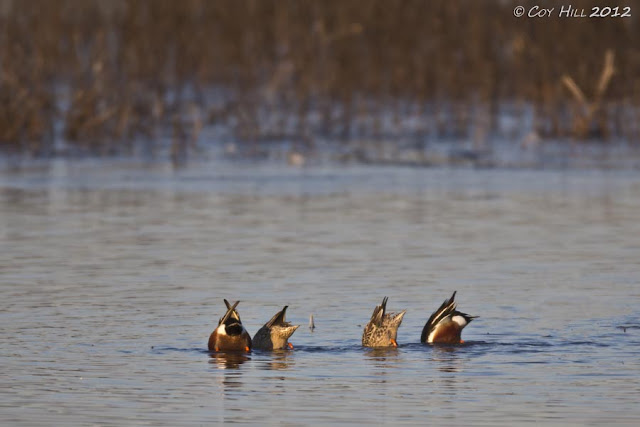 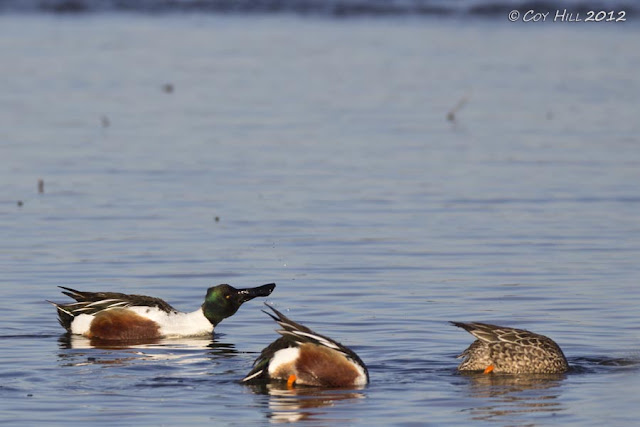 An Audubon field guide marks the Chesapeake Bay as the Northern Shovelers northern-most wintering range.  During our recent visit to Blackwater we found a small flock dabbling in one of the freshwater marsh impoundments.  This is a species that I have encounterd only once in my home area so to encounter them here was a special photo opportunity for me. 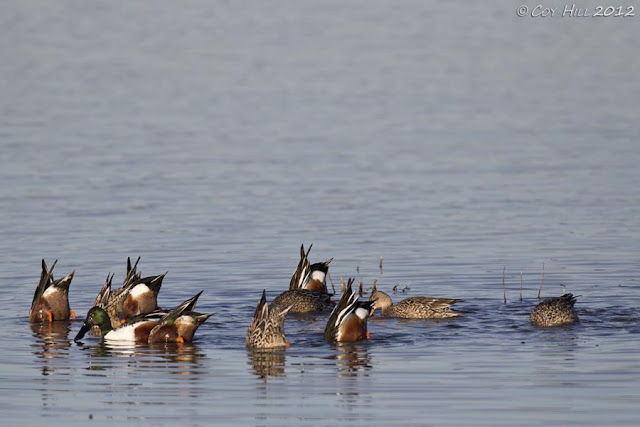 The shovelers were so engaged in feeding that it nearly every frame I captured had numerous ducks tipping.
Posted by Coy Hill at 1/31/2012 06:53:00 PM

Great shots of the Shovelers!

Now that is what I call bottoms up. Terrific shots Coy.

Look at the SCHNOZZ on those guys and gals!

Gotta love all the butts in the air at once!

Fun photos! The shovelers spend some time here in the summer.