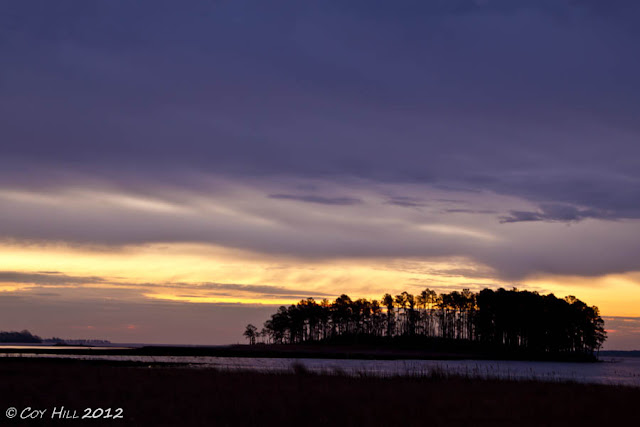 Deciding to utilize the unseasonably warm weather forecast for this week Willard and I again visited Blackwater NWR Wednesday.  Arriving before the refuge opened we stopped at the canoe launch along MD 355 to photograph the dawn.  A few light showers were moving through the area making for dramatic skies. 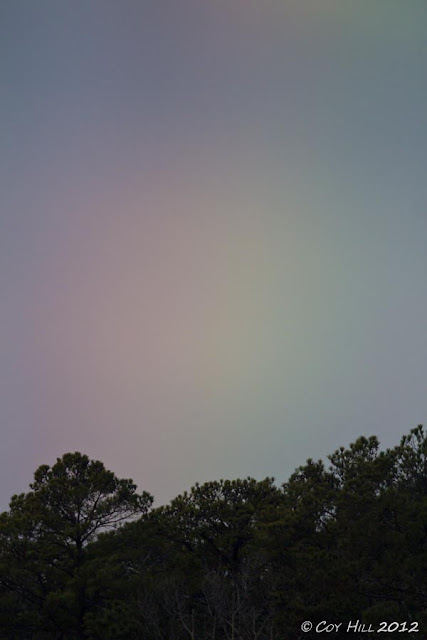 Later in the morning a partial rainbow developed where we were photographing waterfowl near the entrance to wildlife drive.  Not taking time to change lenses, I used the 600mm to make this capture. 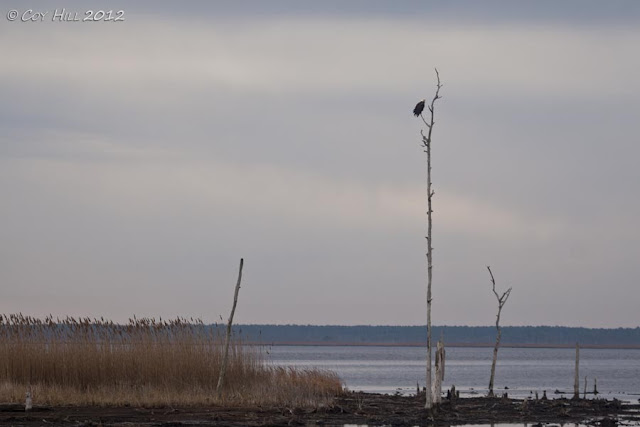 A distant eagle surveys its domain.

Gorgeous colors! That last shot has fantastic elements. It tells a story without being eyeball to eyeball with the eagle.

Beautiful. We didn't have eagles and osprey or even pelicans in South Alabama when I was growing up, but now we have quite a few. It's nice to see them around.