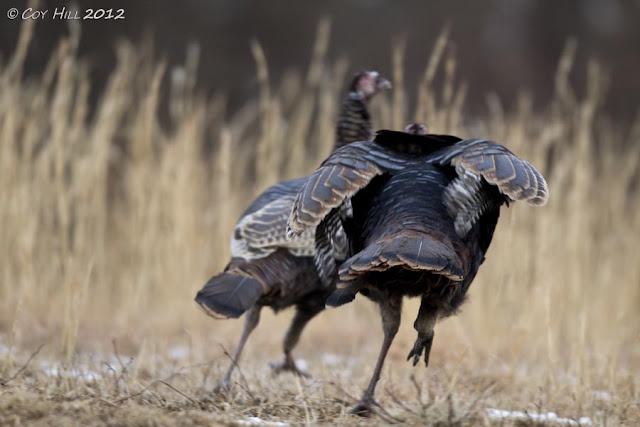 Day by day the tensions are rising in the wild turkey flocks.  The breeding season is still some time off but the gobblers are becoming more aggressive as they vie for dominance. 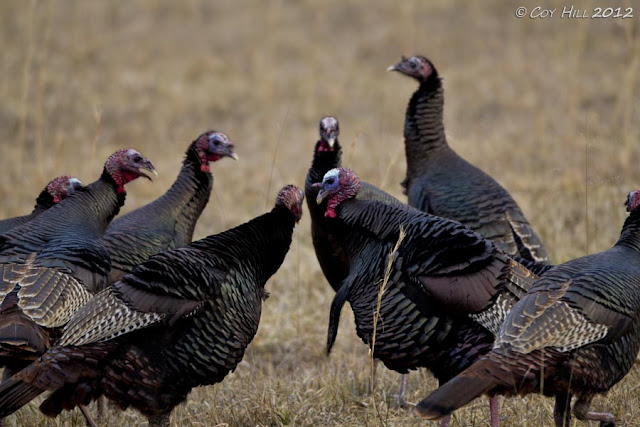 A flock of jakes (yearling males) surround a mature gobbler 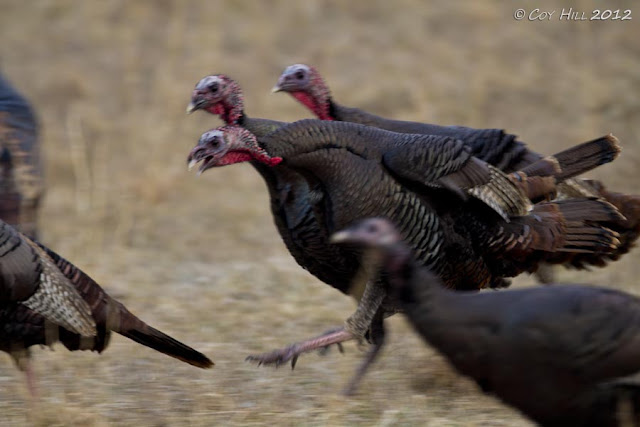 Vastly outnumbered, the mature gobble breaks and runs with the jakes in hot pursuit 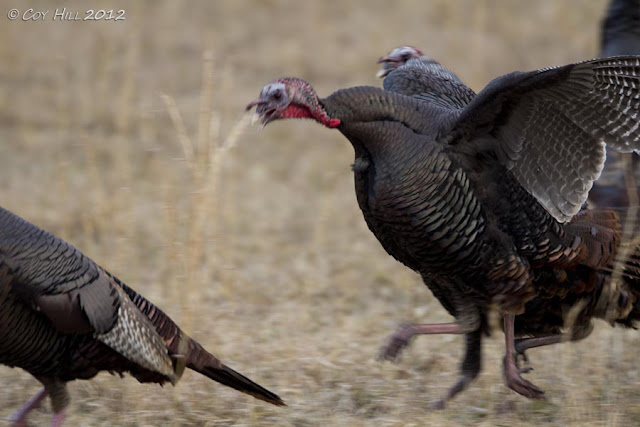 In the coming weeks the aggression will continue to build as the spring mating season approaches.  Fights will occur where a pair of gobblers will fight to exhaustion.  I'm hoping a good fight will occur in front of my camera as it did in February of 2010.
Posted by Coy Hill at 1/25/2012 07:59:00 PM

Wasn't that fight in February of 2011? LOL. Spring Fever must have hit you already!

I hope you catch some good fights, too! I guess when all else fails, just gang up on the big guy!

Montanagirl, thanks for pointing out my typo. Yeah I have spring fever but at least I linked to the right post in 2010 :) thanks again!

great pictures, thanks for posting