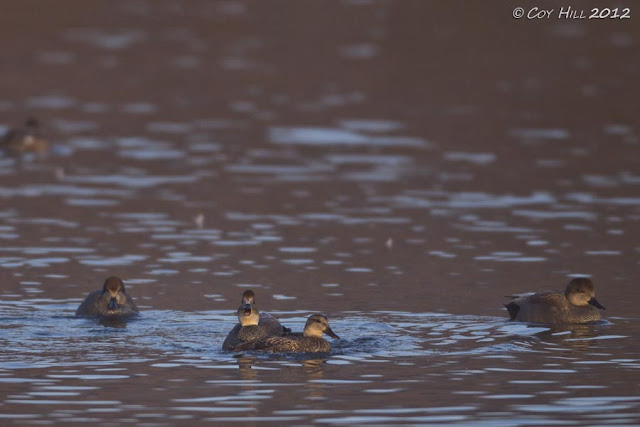 My recent trip to Middle Creek resulted in being able to add another species to my photo archives.
A flock of Gadwalls were feeding in a pothole near the road. Not overly concerned about the nearby viewers and photographers, they approached near enough for decent photography. These images were captured with the Canon 600mm F4, at ISO400,f4,1/750. 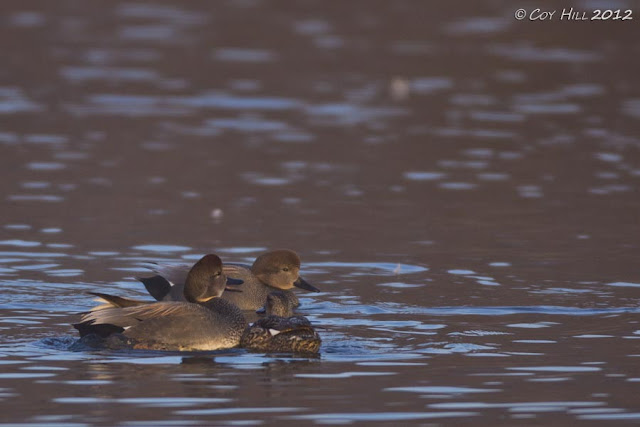 From their actions they had more than migrating and feeding on their minds as a group of males pursued a single female relentlessly. 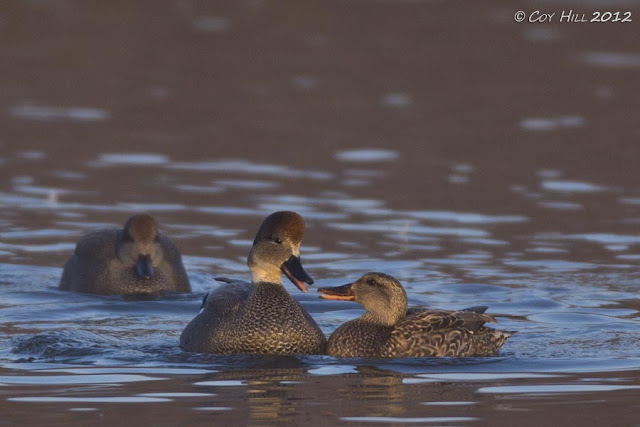 This particular shot was my favorite from the encounter.

Good job. I got my first gadwalls this year. Pretty birds up close

Great shot is that last one. Wonder what he's telling her?

I really like photographing Gadwall-they are a beautiful duck-you sure captured these swell and the expression in that last photo is precious!

Congrats on the Gadwalls, Coy! They're beautiful ducks!

That last shot is amazing. I have to wonder what the conversation was about.

The last photo is my favorite; what a cute couple.