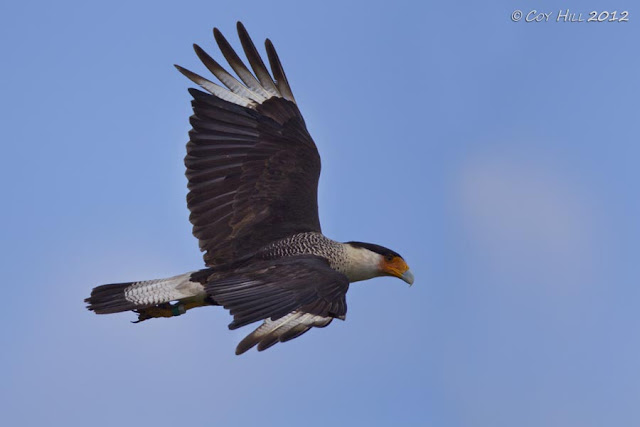 One day as I was leaving Viera Wetlands I noticed a few vehicles parked near the wetlands entrance and a number of photographers gathered nearby crouched behind some big glass.  Sidelining the car I joined the small crowd photographing a crested caracara as it fed on a bird.  But before I could get into position another cara cara flew by.  Taking advantage of the situation I panned with the bird capturing the above image. 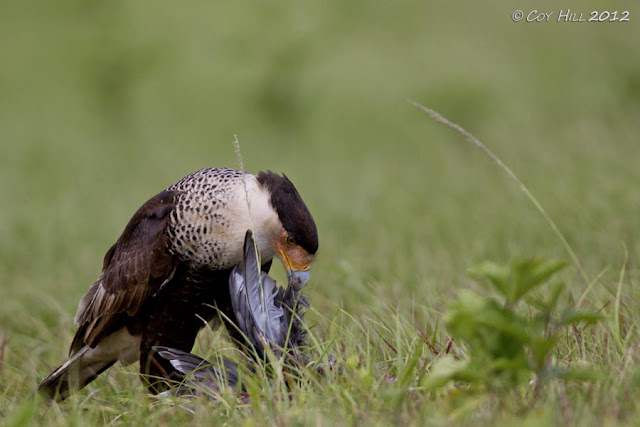 As shutters clicked the caracara tore at the carcass 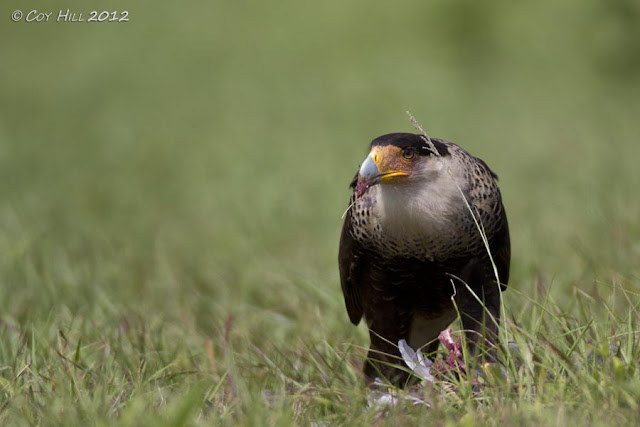 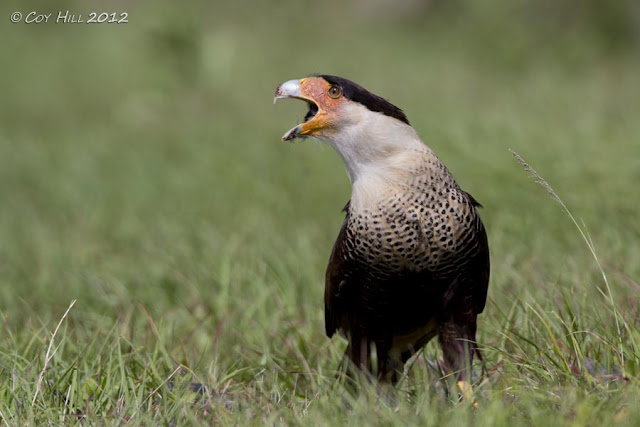 WOW! These are wonderful photos! I have never heard of this bird before so am off to google it.

i love catching sight of these birds. the mexican eagle is the only eagle i've been able to spot.

Great shots! I still have this one on my list to see.

Excellent series of this bird with a toupe! Well done!

These are fantastic, Coy! I've never seen a Caracara, but I think they're awesome looking birds. That last shot is my favorite!