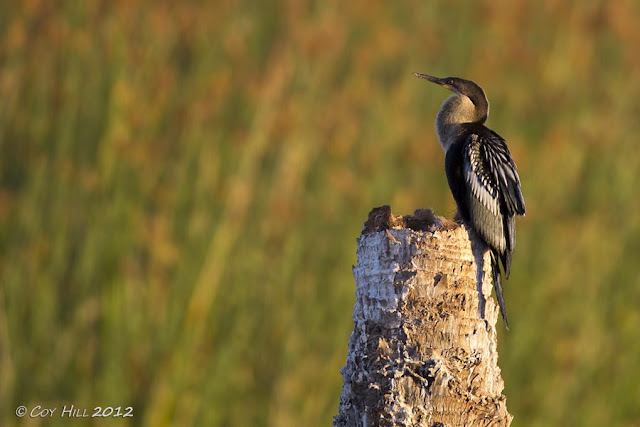 No Florida wetlands bird shoot would be complete with out photographing Anhingas.  Found around lakes and wetlands, anhingas are frequently seen perched often with wings half spread.  I photographed this bird during the golden glow of sunset. 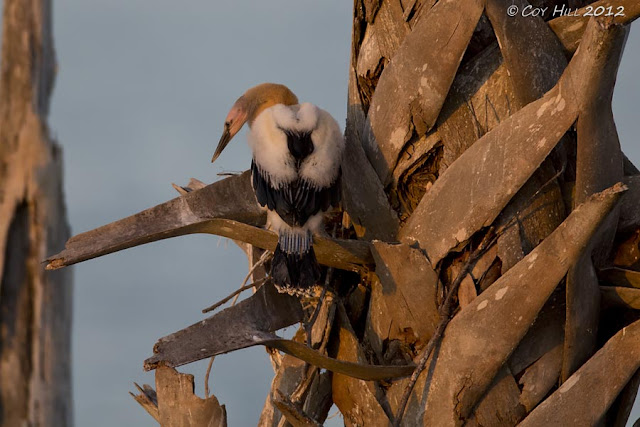 Noticing movement on a palm trunk a closer look revealed an immature anhinga.  This photo was captured at sundown as well. 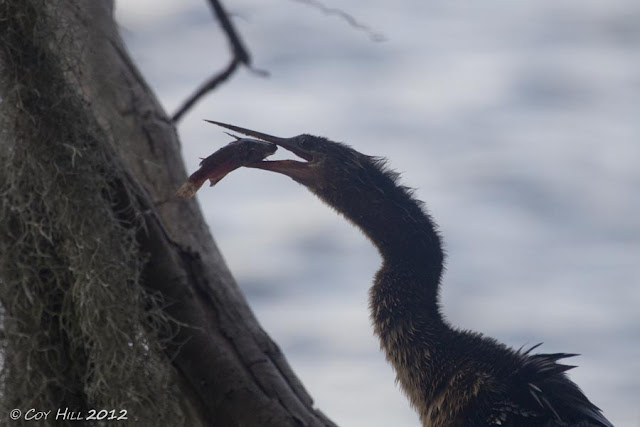 Walking along a hiking path at the Circle B Bar Reserve we spotted this anhinga struggling with its catch.  Although the catfish is quite small the anhinga repositioned it a number of times before swallowing; apparently out of concern for its dagger sharp fins.
Posted by Coy Hill at 5/15/2012 08:38:00 PM

What a beautiful bird. The feathers are so soft looking that they appear to be fur.

This is a beautiful bird! Great shots, Coy!

That first shot is a beauty!