In the Fog: Bald Eagles 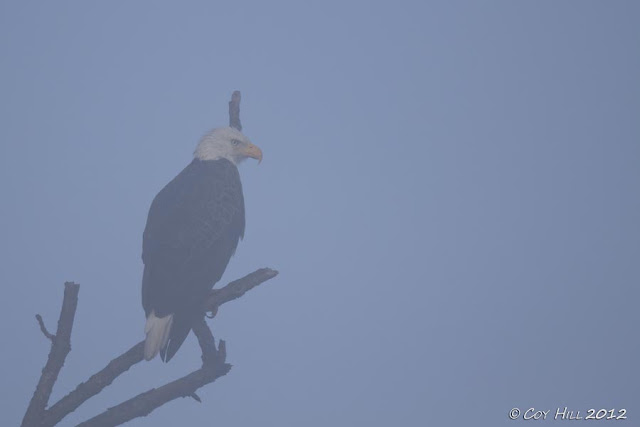 I was slowly motoring south on the lake before sunrise this morning when an adult bald eagle launched from a lakeside tree flying along the lake shore at tree top height until it was swallowed up in the fog.  Continuing on I passed a person fishing from the pier and soon spotted the eagle perched on a dead branch.  Moving the boat as near as the water depth would allow I shot a few images. 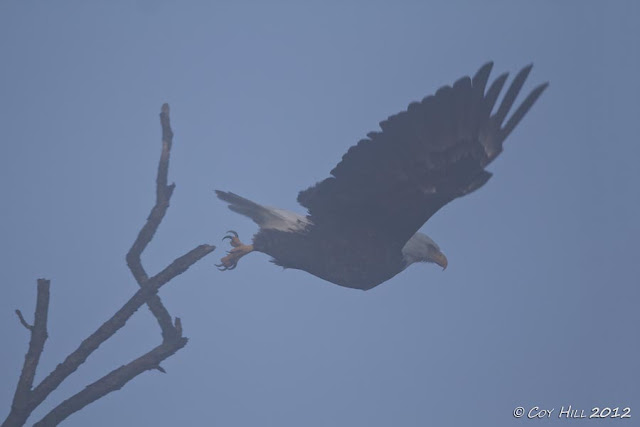 Soon the bird moved on and after flying only a short distance again perched near the shoreline. 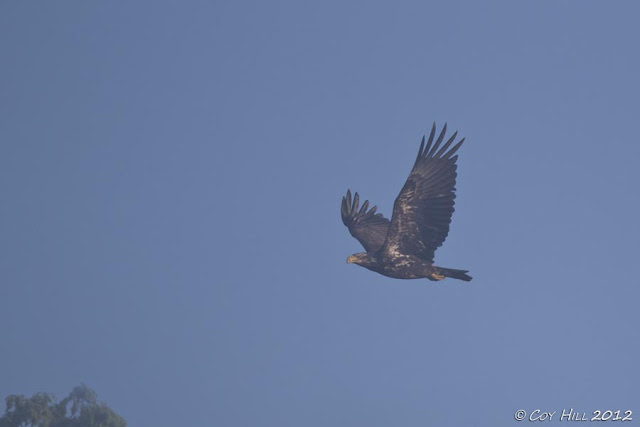 While jockeying the boat for a better shooting position this immature eagle flew by perching near the adult.  The perch it chose was in a leaf-filled tree that did not afford any further photo opportunities. 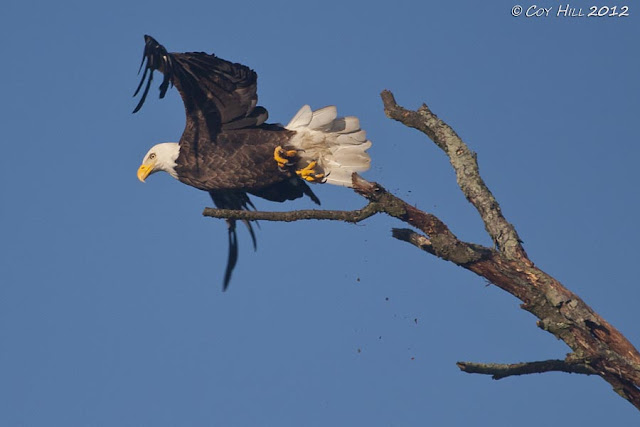 Shortly after the fog lifted, the adult eagle left its perch.  If you look closely you can see bits of bark falling as the eagle launches into the air. 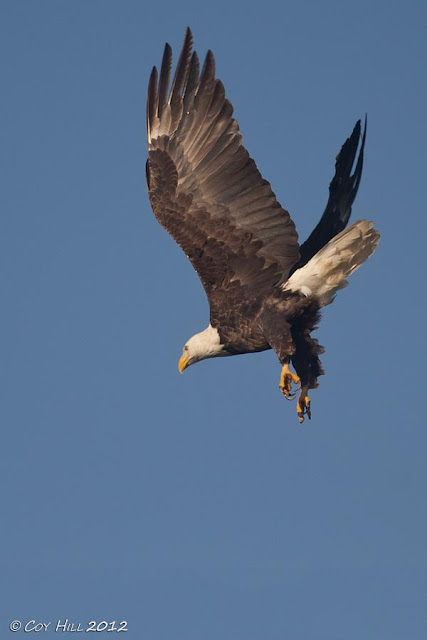 Later, as I was leaving the lake, I had occasion to chat with the gentleman at the boat launch.  As we chatted I learned that he was the one I had seen fishing earlier.  I asked if he had seen the eagles to which he responded that he had not.  He was genuinely surprised when I told him that the adult had flowing directly over him.  To erase any doubts that he may have had I showed him a few of the eagle shots on the camera LCD.

Love your Eagle shots. It's so nice when they come close enough for quality images.

I love the foggy shots,but of course an Eagle in sunlight is just gorgeous.

wow! amazing shots of the eagle :-) Dropping by from Camera Critters

Great captures!!The ones in the fog are really nice but my favourite one is the one in the sunshine.Have a great day!!

Beautiful shots with the fog! We have some Bald Eagles, but I've never been able to photograph an adult in the wild.