Lifers: Without & With a Tripod 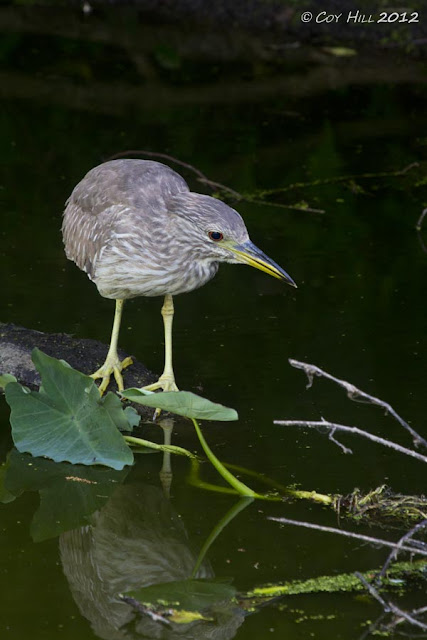 It's always a pleasure adding new species to ones wildlife image collection.  Birders identify their first sighting of a species as seeing a lifer, as in adding it to their life list.  For me as a wildlife photographer a lifer occurs when I capture the birds image.  This post features three lifers all captured during my recent Florida visit.

Taking a stroll along a well worn path at the Circle B Bar Reserve I had decided to travel light and carried the Canon 60D with the 100-400 L IS lens, leaving the pod behind.  Spotting the heron in a deeply shaded area I immediately regretted leaving the tripod behind.  My only option was to brace against a tree, increase the ISO to 640, shoot at 1/50sec and hope for the best. 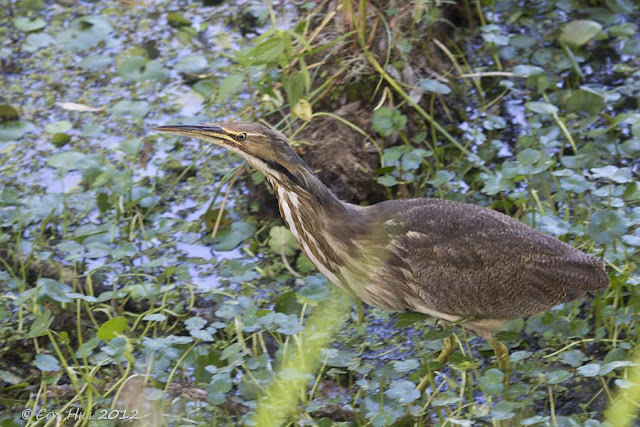 Shortly after leaving the black-crowned night heron I noticed movement in the deep ravine to the other side of the path and a closer look revealed this American bittern standing perfectly still hoping to avoid detection.  Once again handicapped by the lack of the tripod I braced against a tree capturing this image at 1/50 sec.

Lesson learned, never leave the tripod behind!  The image stabilization and the handy bracing trees helped a great deal but the image quality would have been much better shot from a steady support. 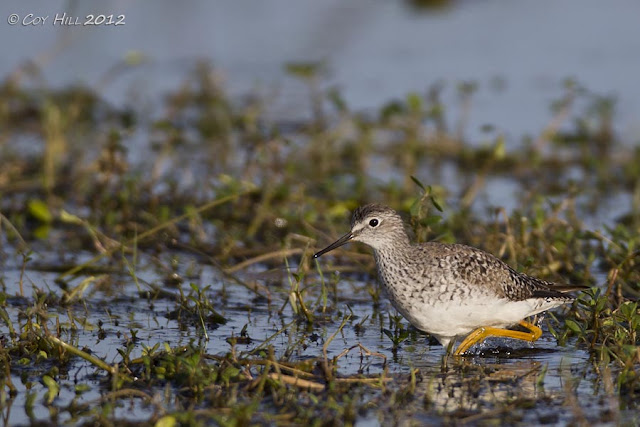 However when I encountered this greater yellowlegs feeding in the shallows of Lake Kissimme I was ready with the 600 F4 IS mounted solidly on the tripod.  The results are worth the extra effort.
Posted by Coy Hill at 5/24/2012 08:49:00 PM

Seeing a Lifer is exciting. I really do need to start taking at least my monopod.

Nice work, given the conditions. I remember the first time I saw an American Bittern, it couldn't have been more than 15 feet away. I think we were both equally shocked to see one another.

That last shot is excellent! I've had a hard time with my tripod. I think I need to invest in one that's a bit easier to use.

Congrats on the lifer Coy, it's always a pleasure to get one.. And you got nice pictures of it, not like me when i meet a lifer ;-)

All still great shots! Especially for a new bird to see. You must have been on Alligator Alley. Those trees throw a lot of shade on that trail. It's always tough on that trail to get the best shots.

I find tripods cumbersome...where we go, I mostly do drive-by shooting. But I know I should be using one. Maybe you do a post or leave a comment here and suggest a good one for me to use! Your photos are beautiful as always.

Great shots, Coy, and congratulations on the lifers! I can definitely identify with you on this! I also agree that using a tripod is important for wildlife photography. "Don't leave home without it!"

The yellowlegs shot is fantastic! Love that setting.