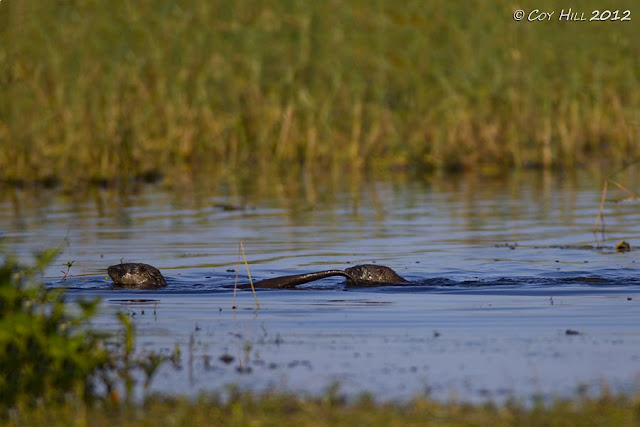 Pennsylvania began a river otter reintroduction program in 1982 aimed at restoring otter populations in portions of their historic range.  Otters once lived in every major Pennsylvania watershed but unrestricted trapping and habitat destruction had reduced their range to only the north-east portion of the state.  Legal harvest was ended in 1952 with the reintroduction program following three decades later. To date I have only once encountered a river otter in Pennsylvania and fortunately I was able to photograph it as it approached my boat. 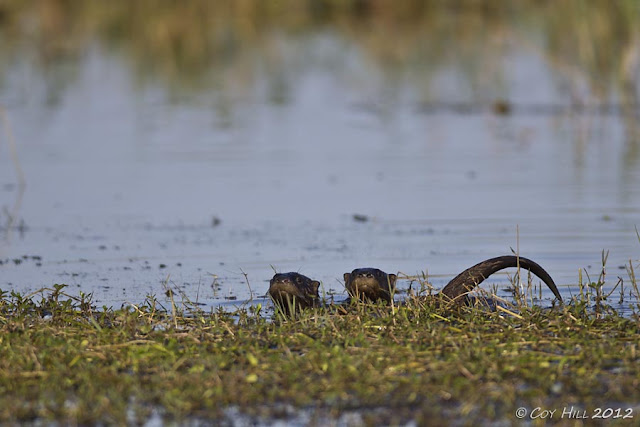 So you can imagine how pleased I was to encounter an otter family, while photographing birds with  Chad, along the shoreline of Florida's Lake Kissimmee.  The family consisted of an adult and three pups.  The pups were very curious as they paused to view us intently as we were busy photographing them. 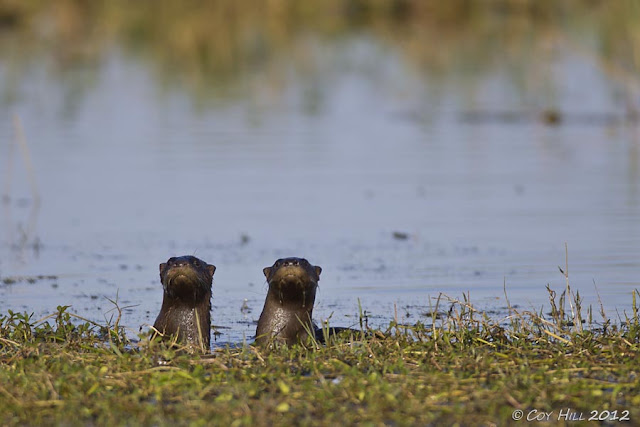 And here stretch up even higher for a better view 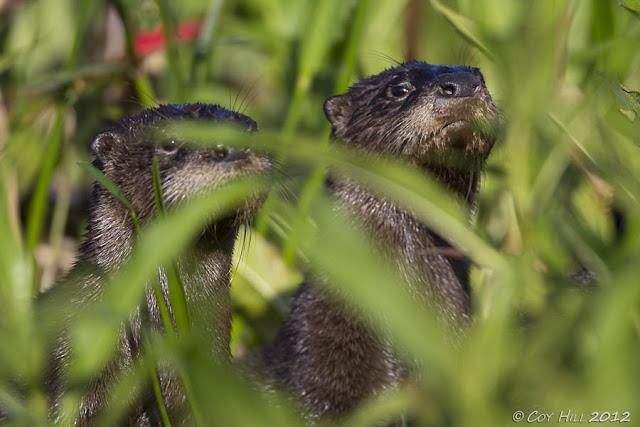 The adult soon returned to the pups and swam off with for a short distance before depositing them on a hummock of high grass surrounded by shallow water before swimming off. The high grass made photography difficult but by wading to withing a few yards of their position I was able to capture this image.  During this encounter the young otters showed no fear, only curiosity.

Apparently Florida is blessed with a thriving river otter population.   I have encountered otters a number of times during my short visits to the Sunshine State.  Interested in the status of the Florida river otters, I visited the Florida Fish and Wildlife Conservation Commission website and found the otter population is sufficient for a harvest season to be held annually.  The regulations allow an unlimited number of otters to be taken by licensed individuals during the open season.

Hopefully river otters will become as well established in Pennsylvania as they are in Florida.
Posted by Coy Hill at 5/22/2012 08:01:00 PM

Such cute faces! Love the shots.

They sure are cute little critters. Love that last shot!

Hopefully the otters will thrive in PA and you'll be able to see more there. That last shot is superb!

Ohhhhhhhhhhhhh that's definitively something I would love to see myself! How beautiful this is Coy. Thanks for sharing this splendid moment with us! Gorgeous pictures

I've only been able to photograph river otters in a sanctuary. These are really nice. I love the shot of the both of them looking at you together.