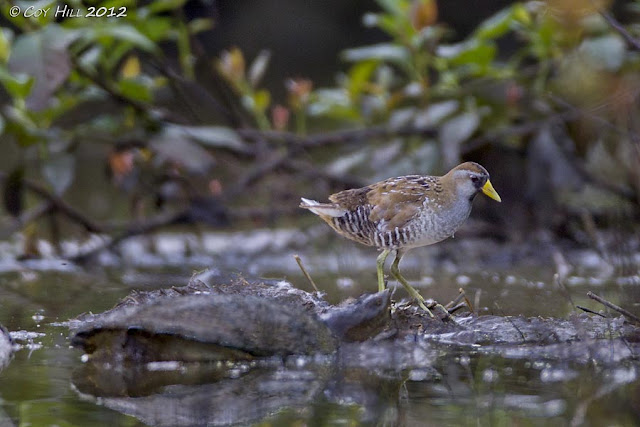 Hoping to photograph the resident wood ducks I set up in the willows surrounding a wetlands last evening.  However the wood ducks proved too wary picking me out easily although I was set up in camo clothing and screened by the thick willows surrounding the water.  About forty-five minutes after settling in a movement through a screen of leaves caught my attention.  Focusing my binos I was super surprised to see a sora rail feeding in the shallow water.  This was my very first ever sighting of a sora!  Cautiously moving the camera to clear the nearby foliage I noticed a V wake quickly approaching the rail, a snapper on the attack!  As the wake reached land the snapping turtle lunged at the rail and just as quickly the agile sora hopped out of the snappers reach. 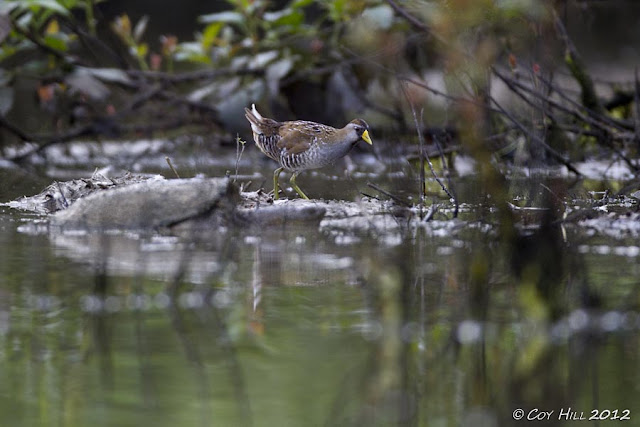 The rail kept a safe distance from the snapper as it circled about. 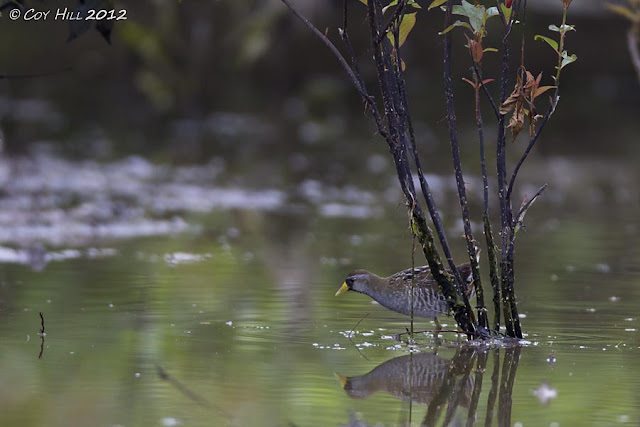 And decided to continue it foraging elsewhere.

Pennsylvania is listed as part of the sora rail's breeding range however in all of my years spending considerable time outdoors this was my first encounter. 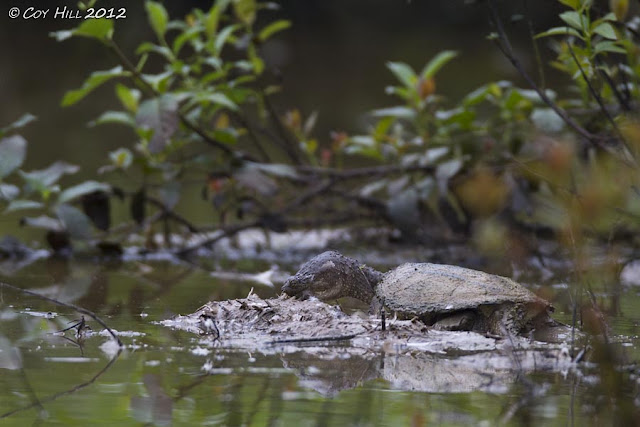 After the rail had left the scene the snapper hauled out on the small hump and began digging into it.  As it dug I noticed that flies were buzzing around it that there were many feathers.  It was then that I realized that I was looking at the remains of some type of bird.  Whether it was a snapper kill or a dead duck that the snapper had lain claim to I have no way of knowing however I do think it evident that the snapper was protecting his food from an intruder; in this case the secretive little sora rail. 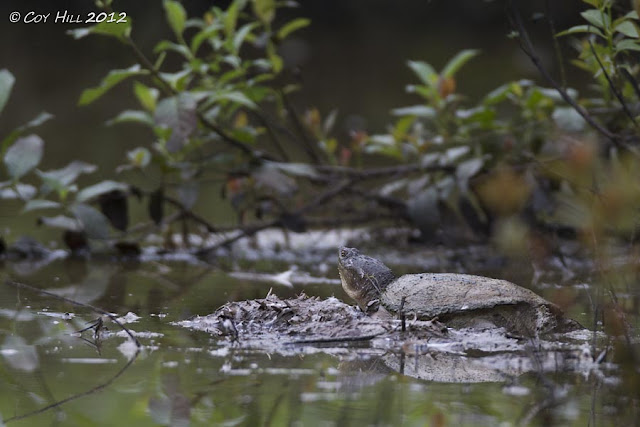 After lying there watching for a few minutes the snapper quietly slid off into the water.  No doubt staying nearby, watchful for any other creature nearing its cache.

You have just made me very jealous with your sora photos. I have spent the past few weeks trying to see a sora in a marsh south of where I live...and it nrver appears! Congrats on taking such fine photos!

I was waiting to see the snapper get the Sora ;)

I have never seen a sora. Great shots, Coy! The snapping turtle incident had to be thrilling to witness!

Amazing shots of all the action. I especially like the Sora shot with the perfect reflection.

Wonderful series! Exciting for you to see the Sora rail, but even more exciting to catch such wonderful action photos!

Wow, what an amazing series of shots!

Great little story told with great photography - here is a link you might enjoy - see what they've done with the common snapping turtle!