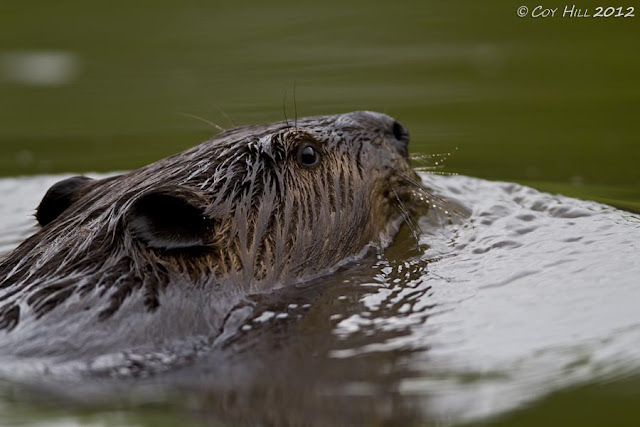 Until this encounter beavers have for the most part eluded my photographic endeavors.  In our area beavers are not numerous, mostly nocturnal, and few beaver lodges survive the winter trapping season if they even last that long.  Because of their tree cutting, dam building, and culvert clogging habits they are usually unwelcome on private land or along secondary roads.  When they attempt to establish a lodge in such places it frequently results in a complaint to the Pa Game Commission demanding their removal. 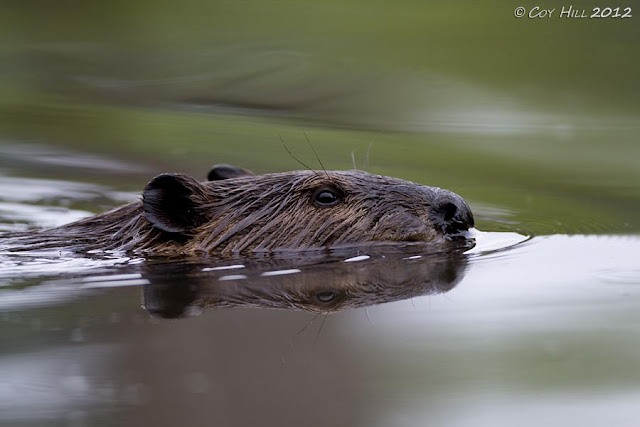 Waiting near the lodge one evening I was ready when a beaver swam near the shoreline however I wasn't ready for it to come so close.  With the 600 mounted on the tripod and no other lens along I was presented with the dilemma of having too much lens.  Head shots were the only option. 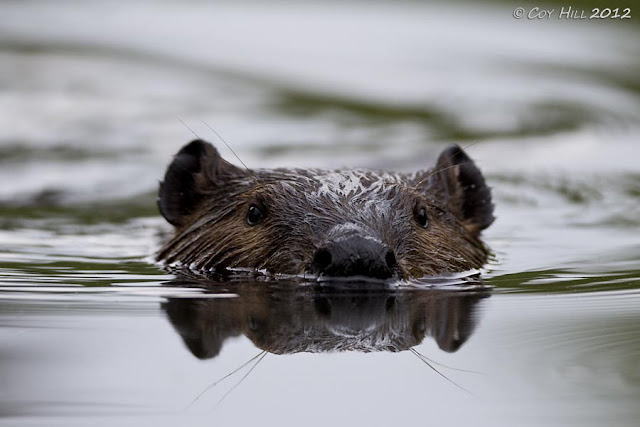 The beaver spotted me but was more curious than alarmed.  After swimming past a number of time it decided to take a closer look.  This photo was taken just a moment before it was inside of the 600's focus range.  After checking me out for a few minutes at a distance of less than ten feet it appeared satisfied that I was no threat and swam off to do what beavers do.

Wonderful pictures. That last close-up is excellent.eye to eye with a wild beaver,how special is that!

What a wonderful experience. Love the droplets on his moustache. They are such endearing animals. I would rather have my landscape re-arranged than shoo away these great entertainers. It obviously like you to come so trustingly close.

Nice! I'm envious about both the beaver and the lens. ;-)

Fantastic photos of this guy! Love that last shot looking right at you.