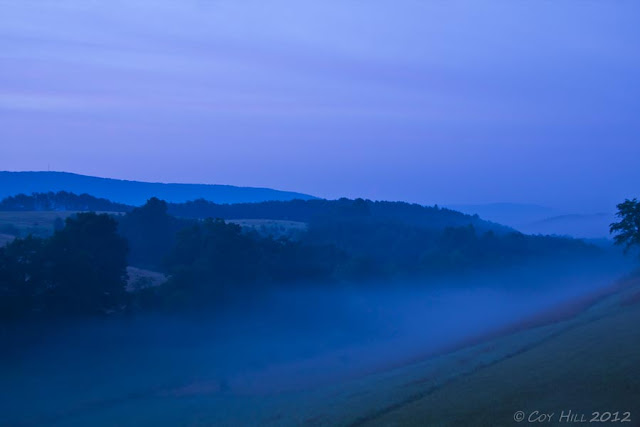 As this morning slowly brightened layered fog hung thick in the low lying valleys.  Missing work today to accompany my wife for a medical procedure, I had the early morning free so an outing afield was in order. 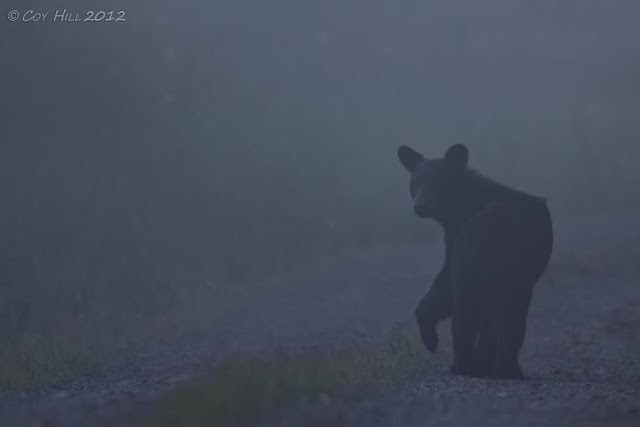 On the way to a favored wildlife viewing spot I rounded a bend in the road to see a black bear heading towards me.  Stopping the car, shutting off the engine, and opening the door a cacophony of bells began.  Jerking the keys from the ignition quieted one ringer and finally turning off the headlights silenced the noisy beast.  By the time I was able to crouch beside the vehicle resting the lens in the V between door and car body the bear which had retreated up the road, stopped to momentarily look back. 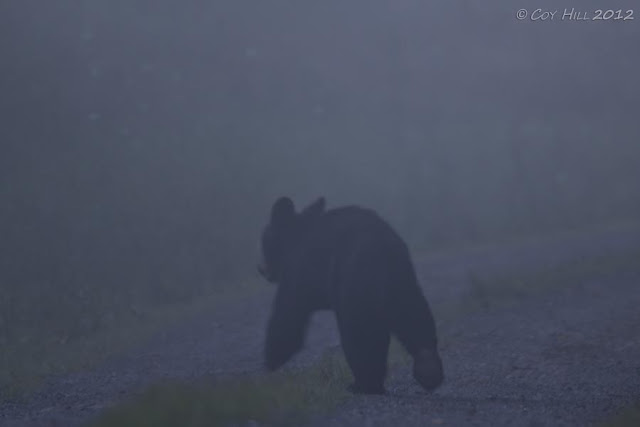 After only a few frames the bear turned and retreated into the fog.

While our area supports a number of bears, sighting are infrequent.  This encounter marks my third for this year and my first local encounter where I was able to get the camera into action.  The bear appears to be small, possibly last years cub. 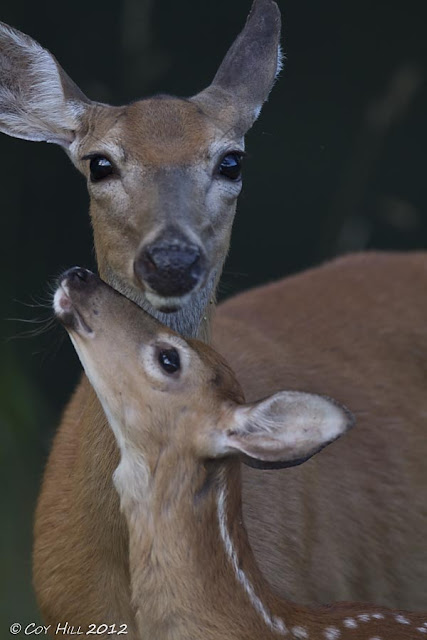 Later I photographed this tender moment between a doe and her fawn. 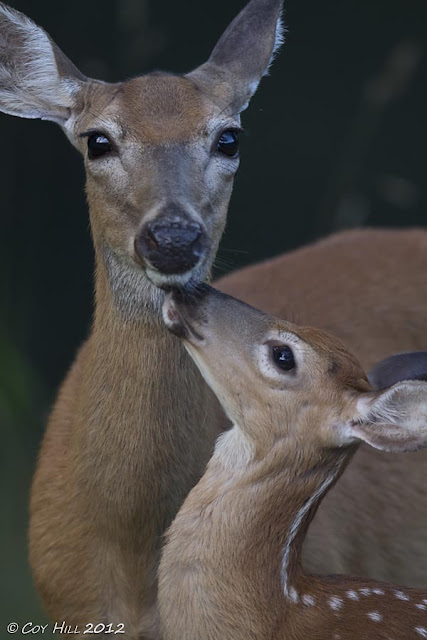 While I enjoy all types of wildlife photography my favorite photographs are those capturing interaction between animals. 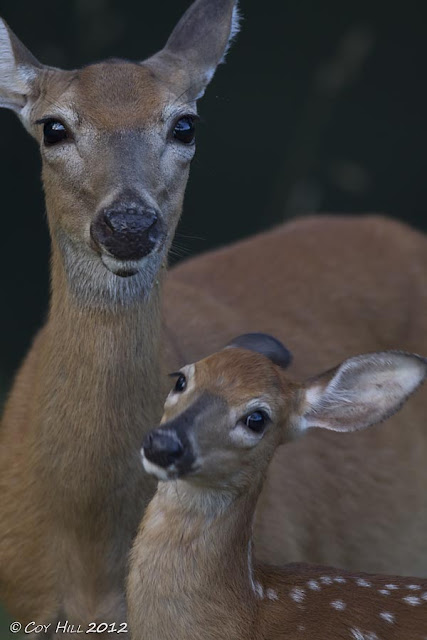 Whereas many species are solitary and are seldom seen interacting with others of their kind; whitetails spend a considerable amount of time interacting,  Whether its grooming, nursing, sparring, fighting, or a fawn nuzzling its mother, capturing these moments of interaction adds a special charm to ones collection of digital outdoor memories.

Love the interaction shots of the doe and fawn...nature at it's best, and that bear....WOW!!

Those mother and baby pictures are the most adorable.

Beautiful fog scene! The shots of the doe and fawn are delightful!

Wow love the misty atmosphere and that bear shot, the first one is marvelous Coy! Well done!