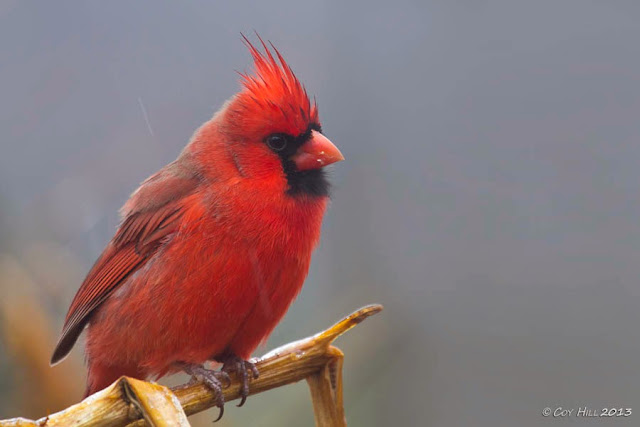 What started out in the morning as light snow turned to a steady cold rain by afternoon.  While I wanted to spend the time observing wildlife, with the whitetail rut slowing, I wasn't particularly interested in becoming soaked so I opted to sit in the truck at one of our naturalized bird feeders.  Since the shooting would be all hand-held I used the Canon 60D with 100-400mm lens. 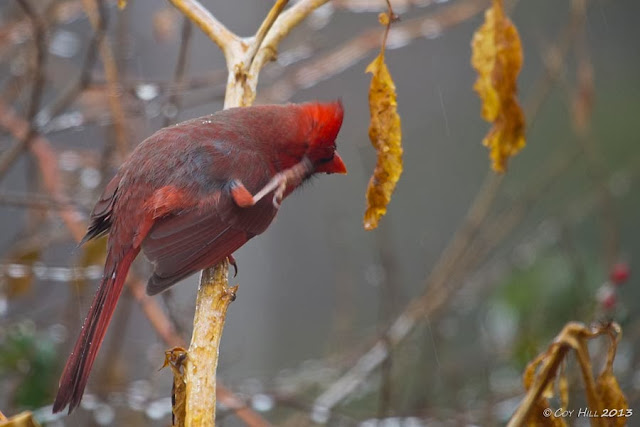 Holding on with one foot the cardinal scratches its head. 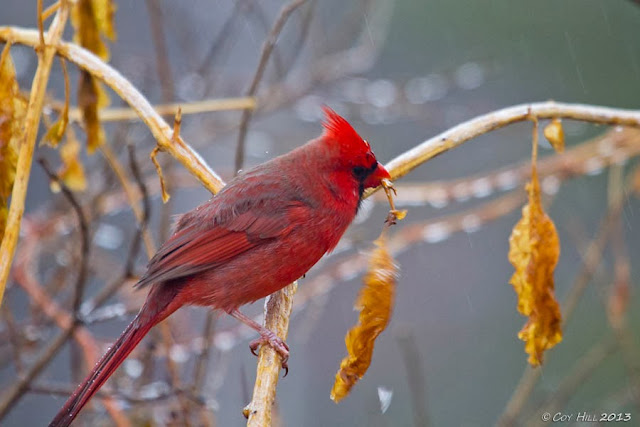 For some reason unknown to me, the cardinal grasped a dead poke leaf stem in its bill and shook it violently.  After shaking the water from the leaf the bird flew away leaving the leaf much as it had found it. 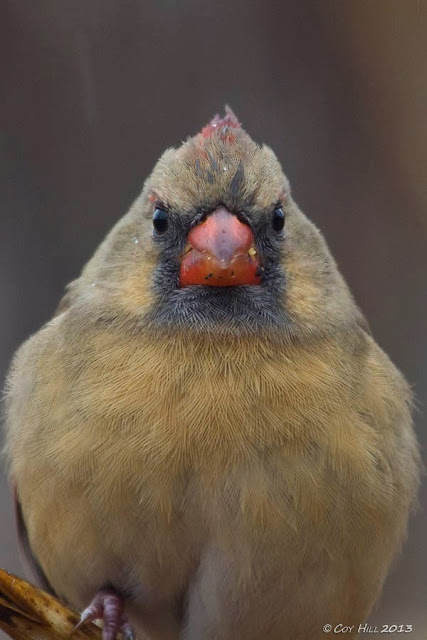 While not as exciting as photographing the rutting whitetails, a raining afternoon with the cardinals was better than an afternoon at work!
Posted by Coy Hill at 11/27/2013 06:25:00 AM

Beautiful pictures. The female doesn't look too happy about having her picture taken.

Terrific Cardinal shots. That last one is saying with one look "Don't Mess With Me!!"