Images Incidental to the Rut 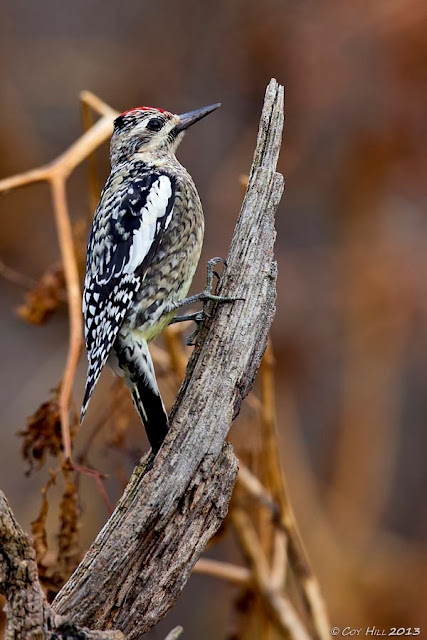 While my attention has been focused on the rutting whitetails, I try not to become so riveted as to have tunnel vision.  Simply being outside leads to close encounters with a variety of wildlife and by paying attention to our surroundings photos of incidental subjects can become the high point of the day afield. 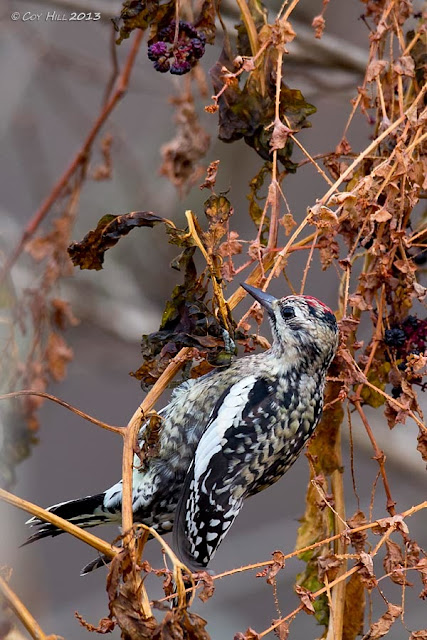 Such was the case when this female Yellow-bellied Sapsucker lit close by.  After surveying its surroundings from its perch on a dead snag it flew into a tangle of vines and poke week, hanging upside down while feeding on the dried poke berries. 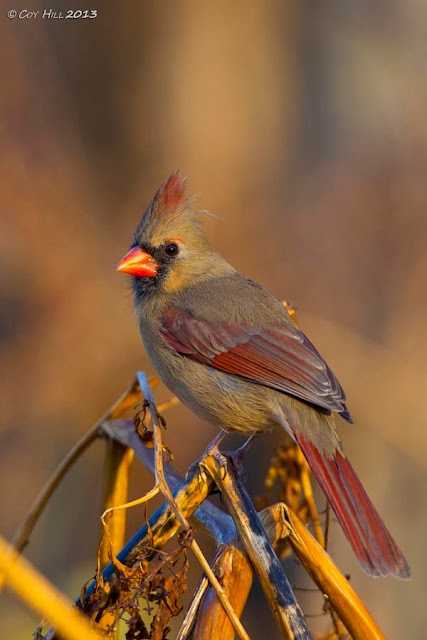 Rays of late evening sunlight bathed this scene of a female northern cardinal perched on a poke/vine tangle in a warm golden glow.  Even with hundreds of female cardinal photographs in my archives the scene was so pretty that I felt compelled to capture it. 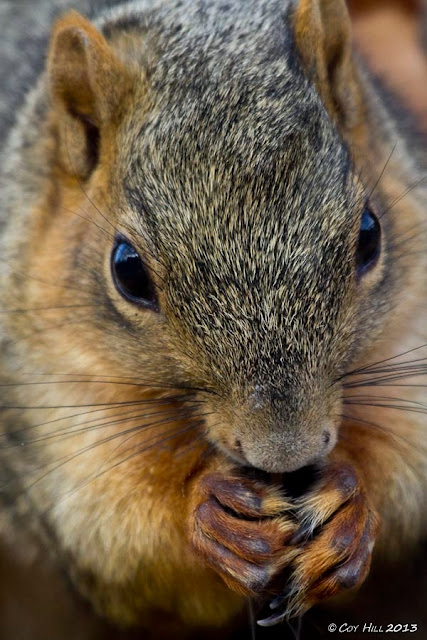 A fox squirrel who has been visiting the naturalized feeders the past few months has became increasingly tolerant of our presence.  For this close-up photo the squirrel allow me to shoot from only a few feet away with the 100-400 lens.
While much of the time pursuing whitetails with either hunting or photo gear is "dead time" with no deer in sight, by breaking the tunnel vision and observing what else that is around can turn an unsuccessful day into an unforgettable day afield.

I think so many of us have tunnel vision. You did good when you widened your possibilities! Very nice photos, Coy.

Beautiful shots of the birds and the cute squirrel! Well done!

Wonderful pictures. Being out in nature rewards us with so much beauty.

I like the female cardinals and also the squirrel. Your photos of the Yellow-bellied Sapsucker is better than mine. I have only seen one here tapping the white oak tree. One since 1962.