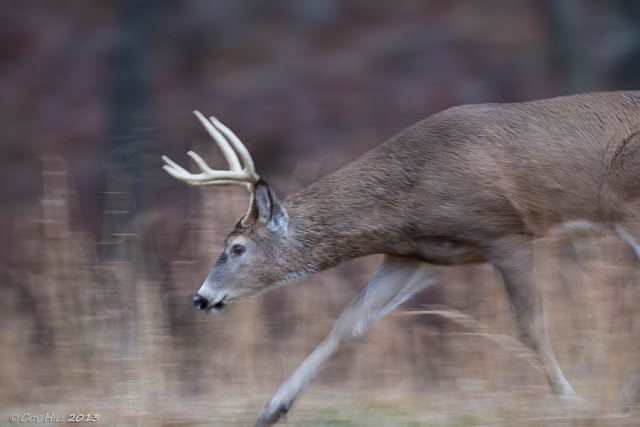 Pennsylvania firearms deer season opened Monday morning.  The gunfire I heard Monday morning was the heaviest that I have heard in years.  For the first two hours hardly a minute passed without a shot or a barrage being heard.  The shooting slowed as the morning progressed but even through the afternoon shots were heard every few minutes. 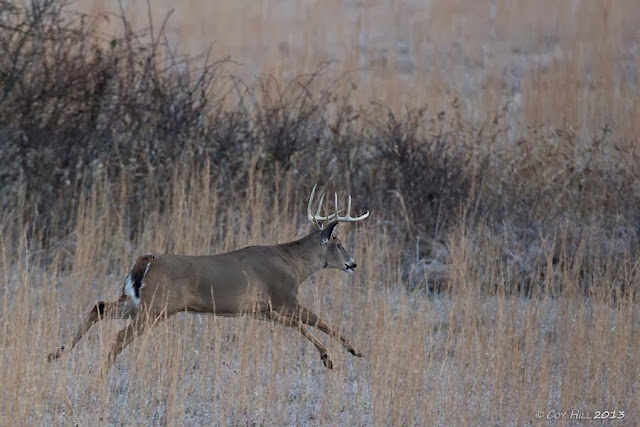 It will be some months before the PGC reports on the official harvest numbers but at least in the area within my earshot the hunters were having a good day.  A neighbor of mine reportedly was sitting beside a large dead oak tree near his house when a stray bullet struck the tree about ten feet up, knocking a patch of bark off.  By violating one of the key firearms safety rules. that of ensuring a safe backstop for the bullet, some reckless hunter could have easily killed or injured someone. 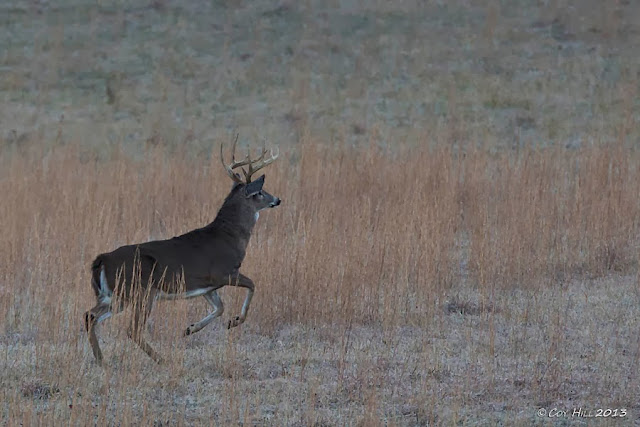 With the whitetail buck photography effectively ended for now I have spent some time catching up on some of the Pennsylvania conservation issues.  Reading a Pennsylvania outdoor publication I discovered one columnist opining that since the North American model of wildlife ownership holds that wildlife is owned by all citizens that private landowners should not be allowed to harvest wildlife on their property unless they also allow public hunting.
Another scribe bemoaned the perceived situation that the PGC is managing deer for everything except the "sportsman".  In his opinion the PGC has a fiduciary responsibility to manage the deer for the sportsmen.  While in a 2010 interview PGC spokesman Jerry Feaser did state that "we (PGC) have a fiduciary responsibility to our sportsmen and women", the last that I checked the law states that the PGC is responsible for managing wildlife for ALL citizens of the commonwealth, not just hunters and trappers.  I wonder how some of these folks who demand a special status as the only ones with a stake in wildlife conservation would feel if they had to foot the entire bill for their sport?  To do so they would have to fund the PGC or a like agency to not only allow it to operate in the black but also cover the cost of all agriculture damage, forest damage, and automobile damage caused by deer just to name a few issues.
And then I read about the great work of the Pennsylvania House fish and game committee, the passage out of committee on a vote of 23 to 3 of a bill calling for the establishment of a coyote bounty.  Frankly this is just about the most stupid thing I have heard of since the PGC established a porcupine hunting season!   It seems that our esteemed legislators have nothing more pressing to deal with than their perception that coyotes are killing too many deer.  Their solution is to offer a bounty of $25, and spend upwards of one million conservation dollars each year plus the cost of administrating the plan to solve the coyote problem.  The last I checked the statistics  showed that Pa hunter were killing over 300,000 deer each year and about 30,000 coyotes.  And by the way this is some of the same legislators that cannot seem to find any money to fix the public lakes that the PFBC has needed to drain for safety concerns.
Posted by Coy Hill at 12/05/2013 07:58:00 PM

Real hunting without repeater rifles and where you stalk your deer and have to know their ways to bag your prize is one thing but the indiscriminate shooting that goes on and endangers the lives of humans as well as livestock and shooting deer where they are used to humans, especially with automatic weapons, I an dead set against. In my book, that is just plain slaughter.