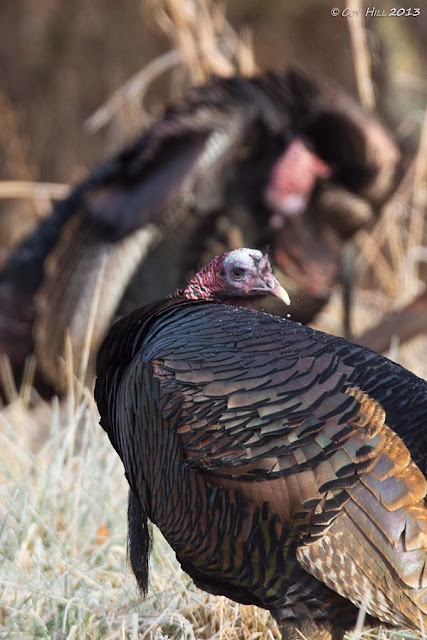 On a recent frosty morning I had an opportunity to photograph a flock of gobblers as they preened before moving off into the woodland.   In this first photograph the turkey can be seen removing water from his feathers.  Earlier in the morning the turkey's backs had been coated in frost. 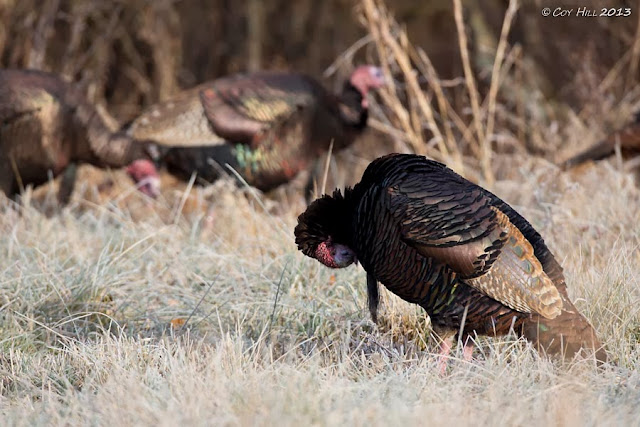 When a turkey begins preening it is very common for the entire flock to join in. 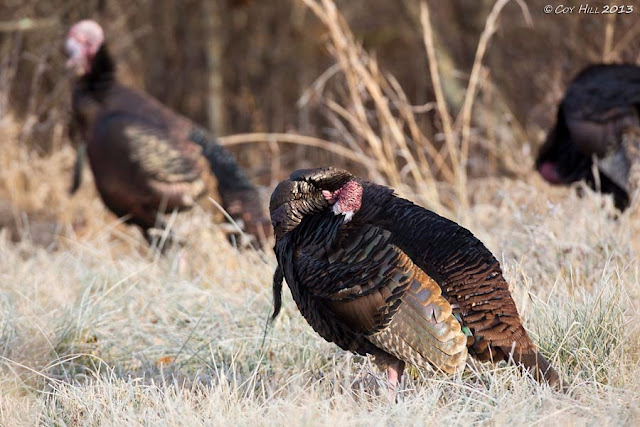 While the gobblers typically preen in unison, from my observations they only preen themselves as I have never witnessed one bird cleaning another. 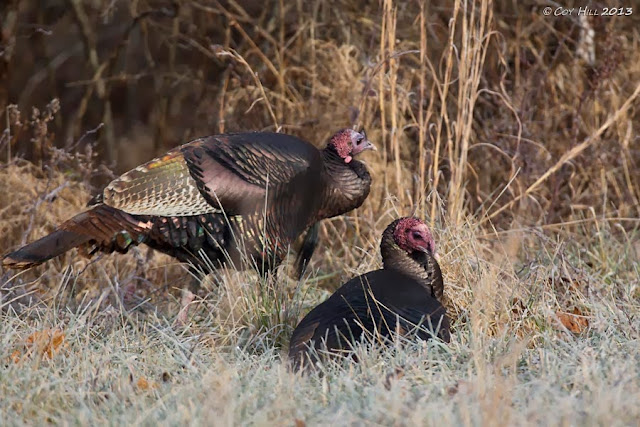 It was during the preening that one bird sat down with his snood extended while another gobbler circled him closely a number of times.  I do not claim to understand the significance of this behavior, however it did appear to be a dominance move of sorts. 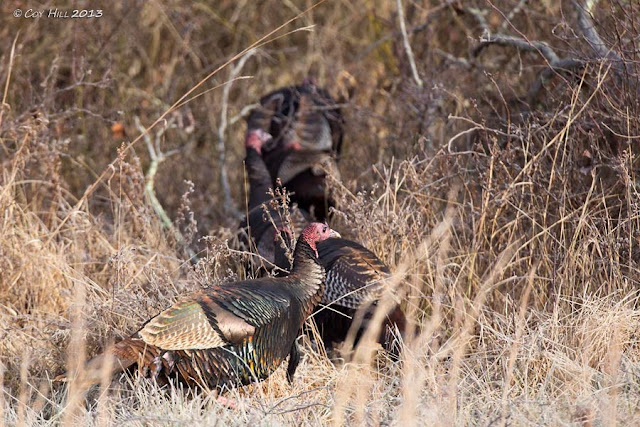 All good things must come to a end and when finished with preening the gobblers filed off into the adjoining woodlands for a day of foraging.

Really nice photos of the Turkeys, Coy. Love their surroundings.

Hi Coy!
I find it very special to have them in a wild condition. Must be very exciting to see them.
We are otudoors tomorrow for moose hunt...or for a very social great day outdoors.
Majsan//