Opossums are most active during the hours of darkness thus they are not frequently seen when natural light photography is possible. 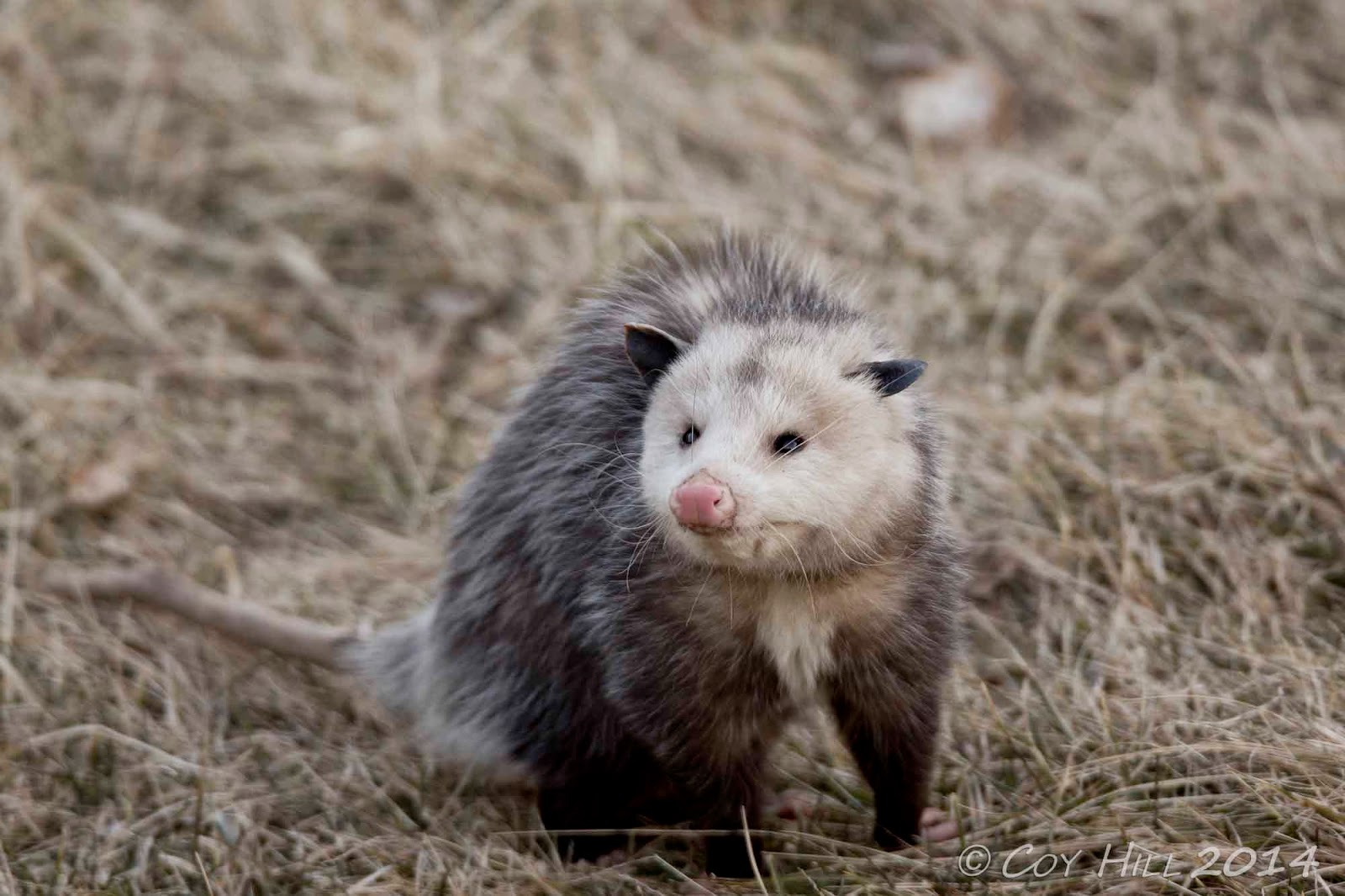 As the snow pack began to recede a few weeks ago I spotted this opossum foraging in the field behind my home. Since that initial sighting it has become a regular visitor, coming out in the field a little before sundown, nosing about and consuming the occasional morsel, until darkness hides its movement. 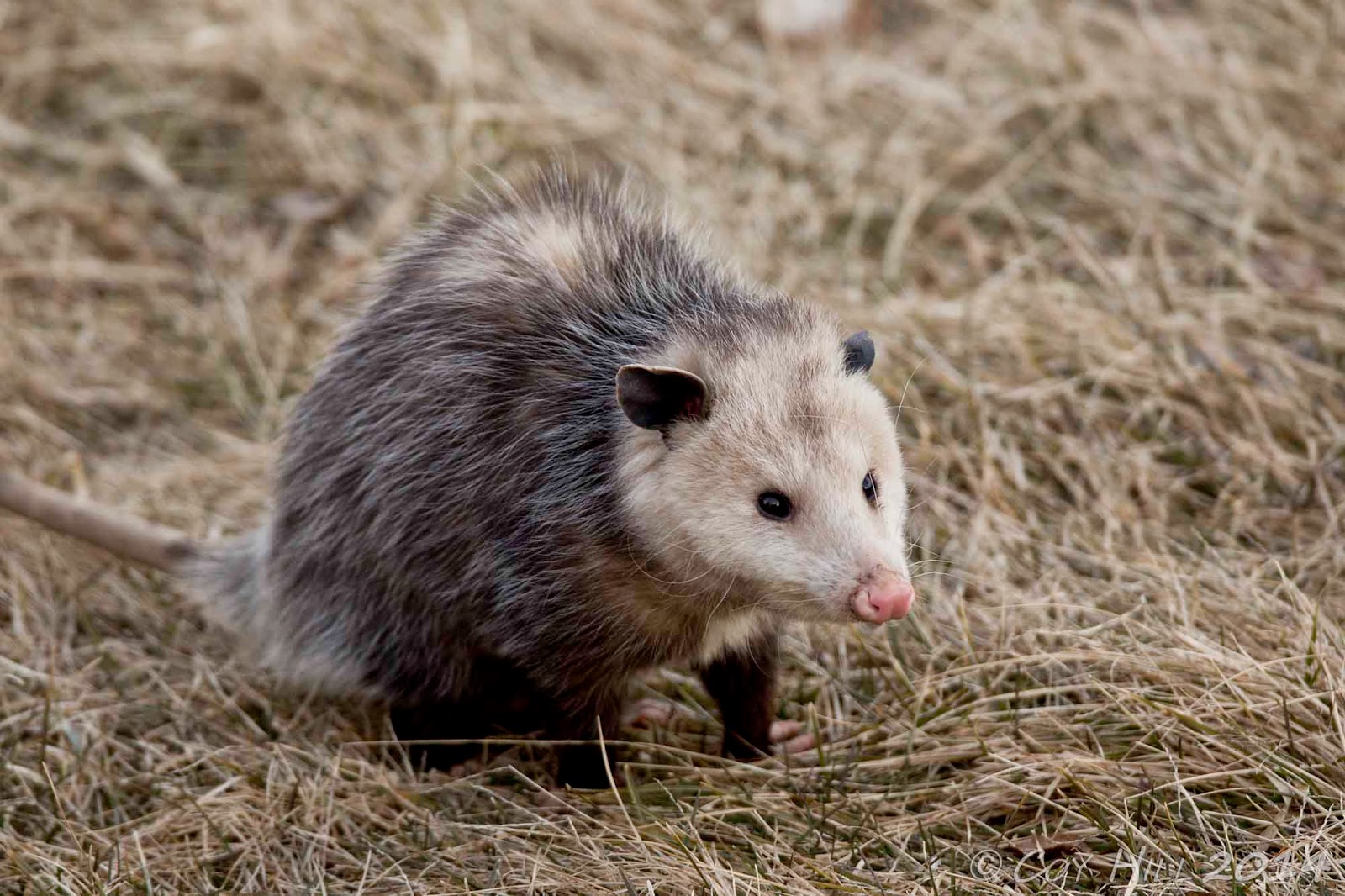 Any attempt at approaching the animal will send it fleeing however one evening when it approached our home I was able to photograph it from the deck.  While it became concerned that danger my be near, raising its head and sniffing the air as seen in the first two photos it did not detect me perched above it.

Wow, what a great capture. We only have those in the zoo.

I have never seen one. Very interesting little critter.

Nice capture of this cute critter.