Monday morning, as dawn creeps across Pennsylvania, the ridges and mountains will echo with the crashing booms of gunfire.  Monday marks the first day of the 2015 firearms deer season.

Outsiders are often surprised by the popularity of deer hunting in the rural areas of Pennsylvania. Here in Fulton County the first day of deer season is a local holiday with schools and factories, and many stores closing. 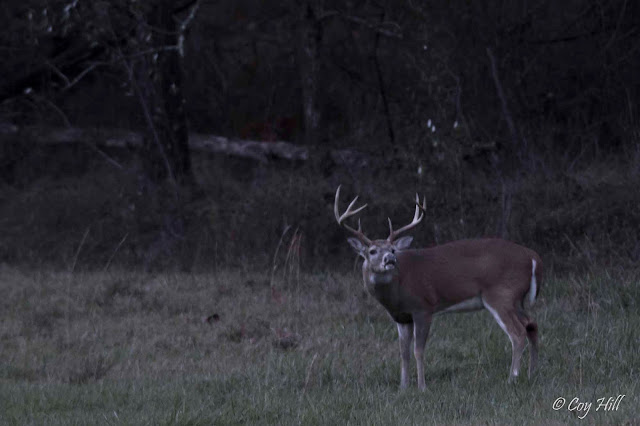 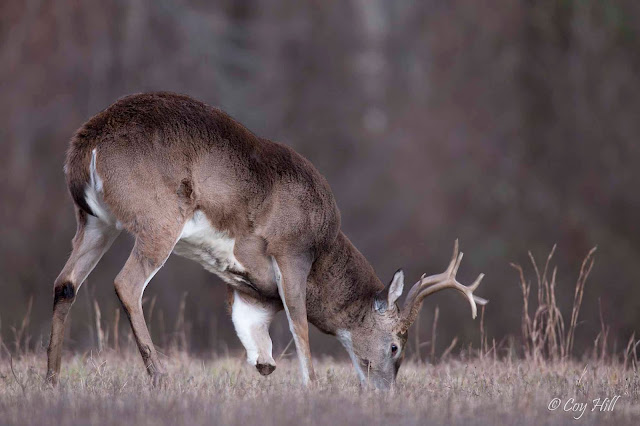 An old wounded veteran feeds while standing on three legs.  The injury is probably the result of a poorly placed gunshot.  This is the third year I have photographed him since his injury. 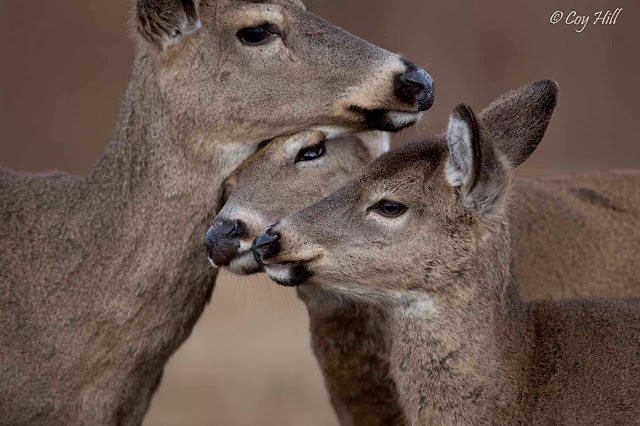 Deer are affectionate animals  This photo plainly captures the affection between this small family group.


It is with mixed emotion that I greet yet another first day of deer season.  While I do look forward to stocking the freezer with some fresh venison, I hate to see them die.  I well understand that without top level predators to keep the deer numbers in check that hunting is a necessary management tool. What bothers me most are the hunters who take the poor shots and leave wounded animals to suffer needlessly as well as the poachers who disregard the rules.

Deer season for me in years past would begin with the first day of rifle season and last until my tag/tags was filled or the season closed.  Now that first day of rifle signals the end, the end of my whitetail buck photographic season.   While in the past I have pursued whitetails with modern rifles, muzzle-loaders, flintlock, archery and handguns and have been successful with all; I have found that no consumptive deer hunting can begin to compare to the enjoyment I experience hunting Pennsylvania's whitetails with photography gear.

For those of you my readers who will be afield tomorrow; first and foremost, hunt safely, make sure of both your target and backstop, and shoot accurately.

I have mixed feelings about hunting seasons.I grew up with hunting and our family always had venison in the freezer after a successful hunt.I also hate to see animals injured and then left to fend for themselves.I know what my hubby said,that hunting with a camera was a much greater challenge than hunting with a gun.He too hunted with a gun for many years,but laid it down in favour of a camera.BTW,hunting season has been over for at least two weeks up here.