A young whitetail buck, hearty, healthy, and bursting with energy was busily engaged in the frantic activity of the rut.  Then his path crossed with that of some poachers.  With a sound somewhat like that of a limb breaking the bow unleashed its deadly dart and a split second later an arrow carrying a broadhead sliced through the upper part of buck's right leg.  Moments later the poachers sped away leaving their damage behind.  Now learning to deal with his disability the buck limps along on three legs and tires easily.  At times he will be seen kneeling to pasture and frequently lying down to rest.

Will he recover or will he be crippled for the remainder of his life? Only time will tell. 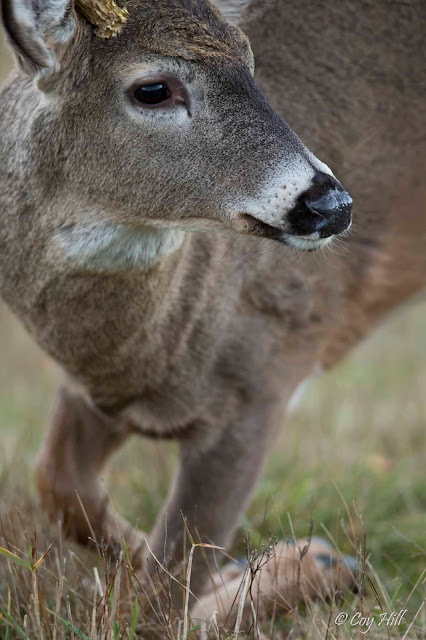 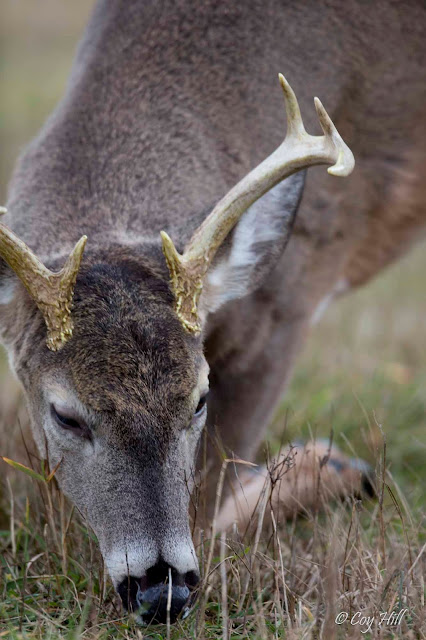 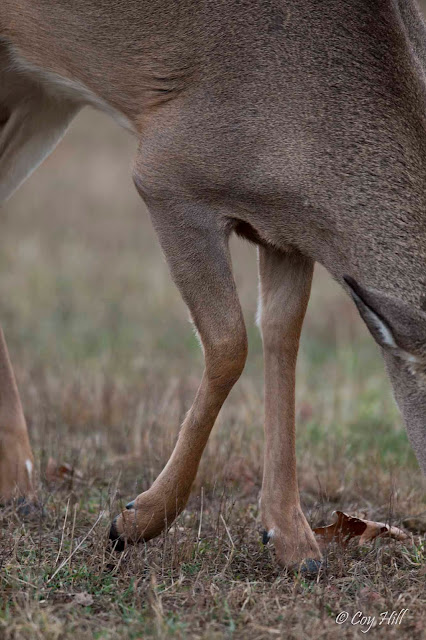 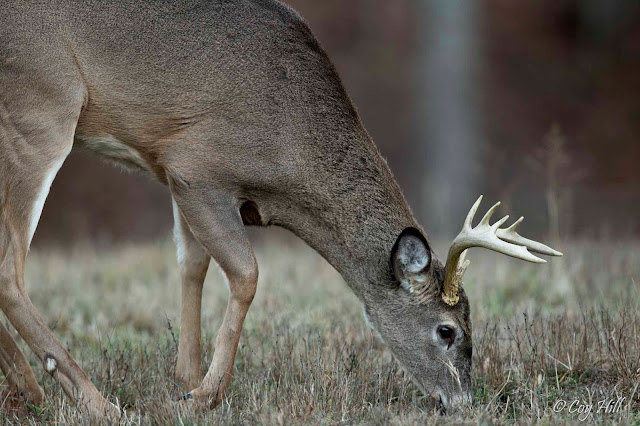 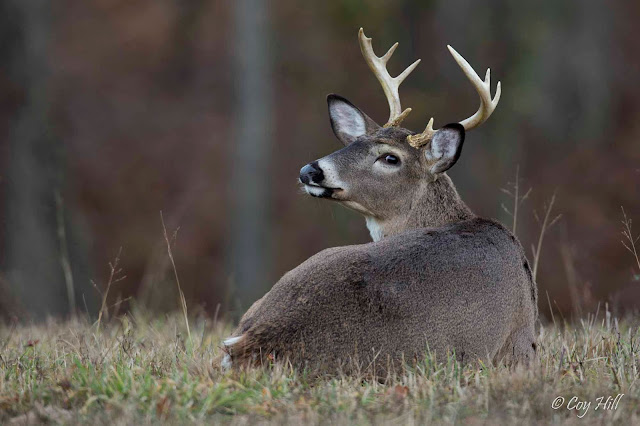 Sickening...
Kill to eat I can fully understand, but to just injure an animal in sport or to kill for sport as well and truly had it's day. Great pictures as ever my friend... sorry I do not have the time or energy to visit more often. Keep up your good work, and telling it as it is. All the best to you and the family Coy.

Growing up in a hunting family,I understand hunting to kill and enjoy the meat,but this kind of stuff makes me very upset.Unfortunately this world has some sick mind sin it.

Did you see this happen?
Todd Plank

Thanks for the comments. Todd, yes but I cannot share further details at this time.

Perhaps he'll wind up like the one I've posted about: forestandfield.blogspot.com