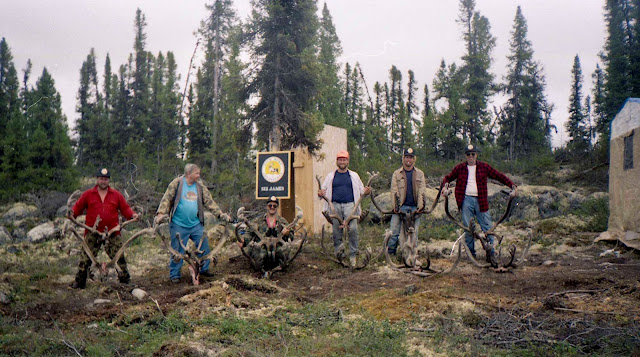 Caribou populations in many areas around the arctic are decreasing and may very well be tied to global climate change.
Posted by Coy Hill at 12/27/2018 11:57:00 AM

Wow, what a collapse. Although caribou populations are known for wide and rapid fluctuations, the latest decline is significant. Apparently some of the caribou herds in northwestern Canada and Alaska are also crashing. The best information available attributes the decline to the warming climate -- larger insect populations harassing and draining the animals, vegetation changes and larger fires all attributable to increased temperature.

Thanks Woody. Yes, that is pretty much the same information that I've been coming up with. I understand that herds not only in North America but around the northern hemisphere are crashing. And to think that until about one hundred years ago Maine had a population of woodland caribou. It's sad indeed what we humans are doing with this planet.