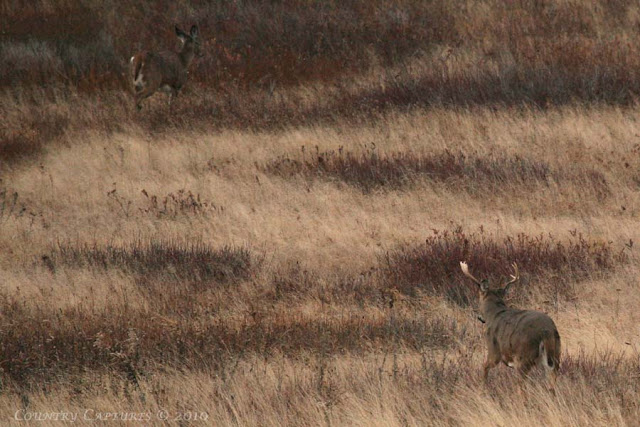 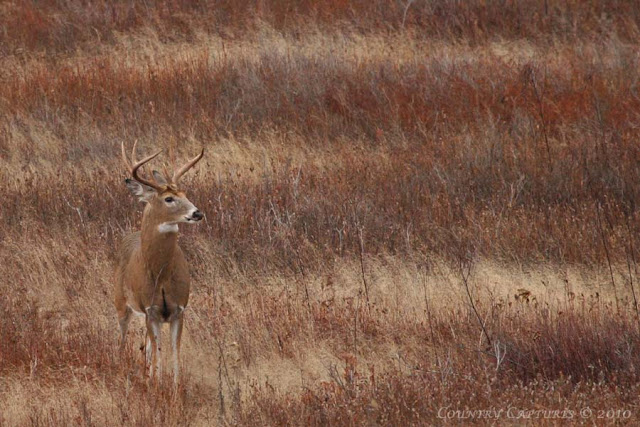 The best of the three bucks gave me the best shot but even this was at long range and again requiring considerable cropping.  Reviewing the image I was impressed with how similar he is to a buck I photographed in this area last November.  His facial characteristics and antler conformation is much the same. 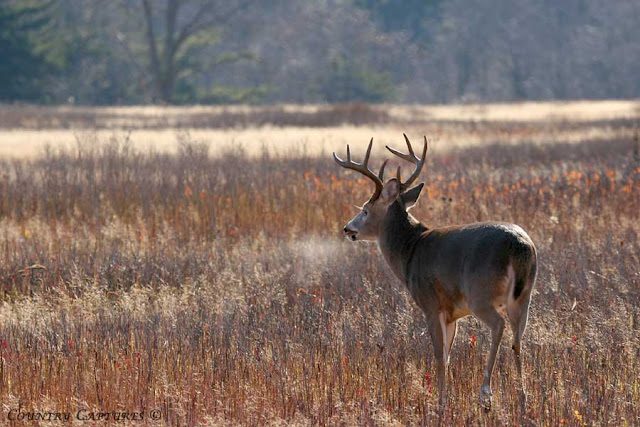 This image which I captured in 2009 graces the cover of the 2011 Pennsylvania Game Commission calendar.  I think there is a very good probability this is the same buck in the previous photograph. 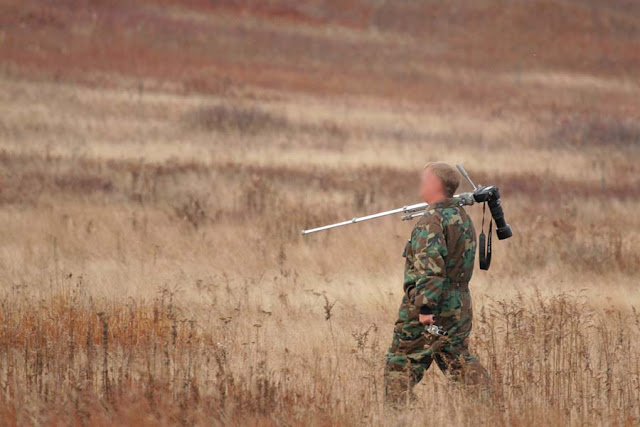 The encounter with these bucks was cut short by a photographer who appeared to be unfamiliar with photographing wildlife.  When the rutting activity would move beyond the range of his equipment he would hurriedly try to close the distance by walking rapidly directly at the deer.  These park deer are acclimated to humans but a person hurrying towards them was too much for even these deer to stand for.
When working with wildlife it is imperative to never invade the animals personal space; carry enough lens to capture the image you want without getting too close.  Walking directly at an animal will alarm it much quicker than closing the distance by walking at a angle that brings you nearer but never directly at the subject.  A nonchalant pace is much less disconcerting to a animal than is a rapid pace and only glancing occasionally at the animal is less alarming than maintaining eye contact.  If the animal alerts to your presence stop and wait until it settles down before attempting to get nearer.  Following these few tips will increase your success in the field and as an added bonus will keep other photographers around you happier.
Posted by Coy Hill at 11/07/2010 07:42:00 PM

Great images and good advice to "would be" nature photographers.

Beautiful images. This is the way I like to shoot animals. ;)

Terrific images you captured. That 3rd photo of the Buck is really nice.

Well said! Everybody started out not knowing the best approaches, so maybe a few budding photogs will thank you for a better percentage of encounters with the wise advice given here. I also get frustrated when this sort of thing happens and ruins my experience in the environment I worked for often hours to be in.

Well even heavily cropped Coy, these shots are beautiful and I can imagine you, just running behind with all your camera gear!!! That's what we call being in the action ;-)