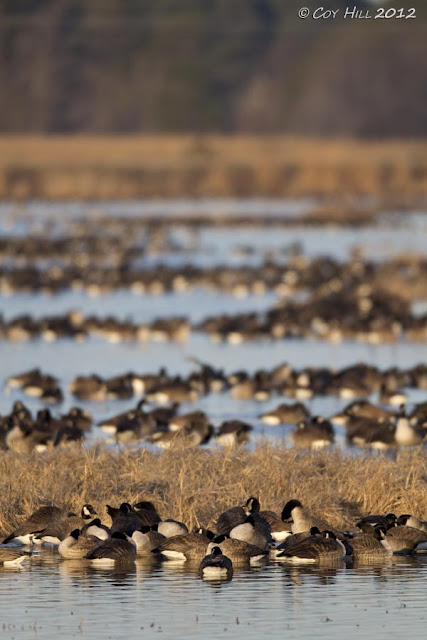 Canada geese are by far the most commonly seen wildlife at Blackwater NWR.  The waterfowl was concentrated in the freshwater marshes to the right of wildlife drive. 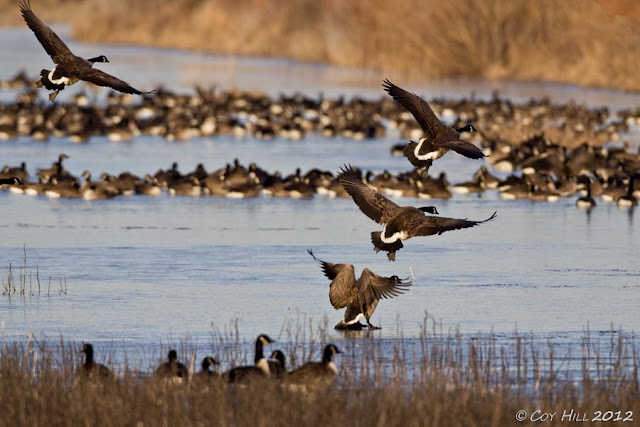 Some time after sunup the waterfowl flew to the fields that lay along Key Wallace Drive where thousands upon thousands of Canada geese could be seen foraging on the food plots.  I found it interesting that the huge flocks paid no attention to passing vehicles.  However upon slowing the geese would begin running directly away with a few taking flight.  Their reaction to slowing vehicles makes me wonder if there is a problem in the area with persons shooting from vehicles. 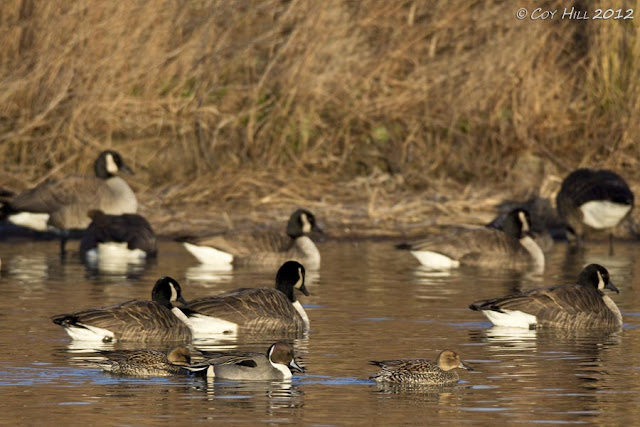 Mixed with the geese were various species of ducks.  Here a male pintail and two females swim by some resting Canadas.

It is good to see the Canadas in winter.I really like the last picture,because I think the Pintail is such a sleek and beautiful duck.

Fabulous photos! I love the pintails!

Beautiful ducks. I took a waterfowl ID course offered through my state's agency this past fall...now that I'm familiar with names of the birds, I love seeing them!

Beautiful photos, Coy! I thought we had a lot of Canada Geese, but it's nowhere near what was there.

Nice to see the Canadas in their winter home. I only see them here on their way north in the spring and south in the fall.

Your photography is always spectacular, my friend!