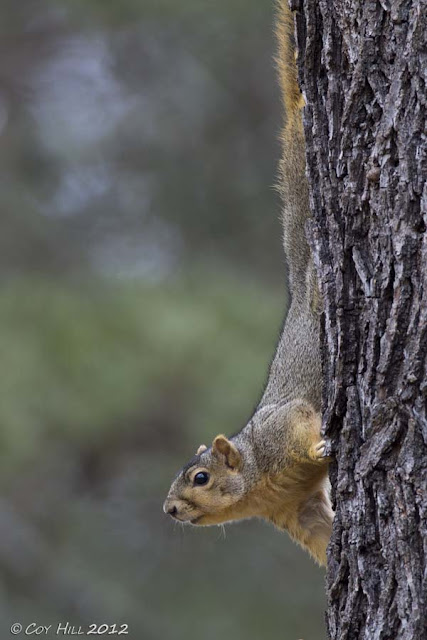 Two distinctly different squirrels inhabit my home area, eastern gray and fox squirrels.  When I was a kid growing up squirrel hunting was very popular and like so many other rural kids my I began honing my hunting skills targeting the local gray squirrels.  At that time in the mid 1960's gray squirrels were the most numerous with a smattering of red squirrels.  I well remember the first time I encountered a fox squirrel.  I was hunting up a hollow on the back side of our family farm when in the distance I spotted a huge reddish squirrel.  I could scarcely believe my eyes for I had never seen a squirrel anywhere near the size of this animal.  It was too far away for my shotgun and before I could close the distance it disappeared.

It would not be until the early 1980's before I would again encounter a fox squirrel.  Again it happened while I was squirrel hunting and this time I took it with the scoped .22.  Since this was only my second sighting of a fox squirrel I took the animal to a local taxidermist and the mount hangs in my den to this day. 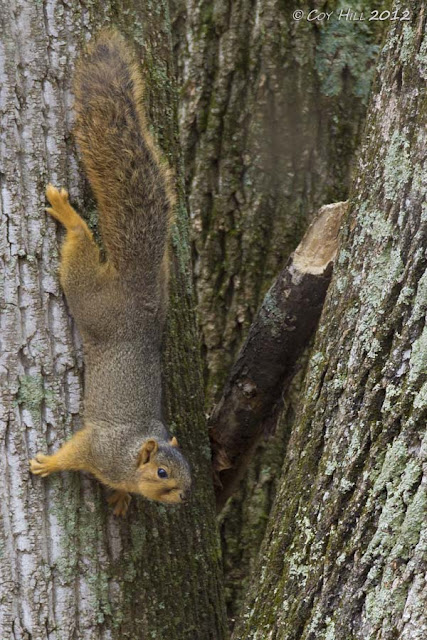 Little did I know that a major change to our local squirrel population was underway.  Soon I began spotting more and more fox squirrels and by the mid 90's they were often making up from a third to half of the squirrels I bagged.  At the same time as the fox squirrels were moving in the red squirrels disappeared. 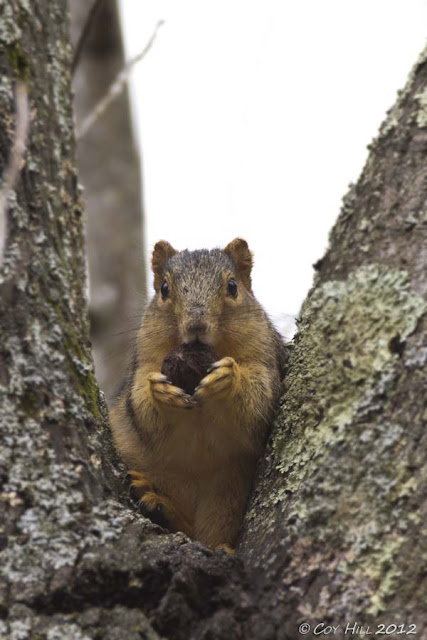 Fox squirrels habits differ somewhat from that of grays.  Fox squirrels prefer more open forest and are often seen rummaging about in open fields whereas the grays show a propensity for denser forest and seldom venture far into the open.  Compared to gray's the fox squirrels are huge; frequently weighing two pounds or more, nearly twice that of a gray.  The grays and foxes seem to co-exist quite well as both are populations are flourishing.  I noted on an earlier post that the local gray squirrels are busy feeding on black walnuts and as you can see in this photo the foxies are doing so as well.
Posted by Coy Hill at 1/04/2012 06:56:00 PM

we only get fox squirrels here in NE Tx. i miss the grays w/ their white bellies, the tiny red squirrels, and even the black squirrels i used to see in Wis.

We have both gray and fox squirrels, although the gray squirrels seem to be more abundant. Nice shots!

The one in that second image looks like your mounted one ;)

Really great looking images-not only crisp and sharp but you have a way of capturing those special moments of expression.

Wow it is so cute. The first picture is a wonderful image and I love the composition of the last one. For sure this is a mammal which is missing over here ;-)